Robbie Schingler, Planet, on the Next Step for Earth Observation 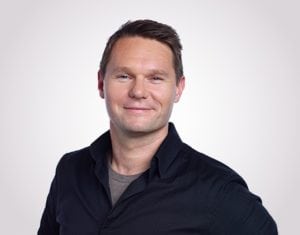 Robbie Schingler is the co-founder and chief strategy officer at Planet, where he heads the company’s efforts to usher in the next era of Earth Observation (EO) capabilities. Ahead of his opening keynote “A Global Sensing Revolution” at the SATELLITE 2017 Conference & Exhibition in Washington, D.C. on Thursday, March 9, Schingler took a moment to talk with Via Satellite about the company’s long term goals and his hopes for the EO industry.

VIA SATELLITE: The big elephant in the room is the Terra Bella acquisition. What are you most excited about as far as what this unlocks for Planet?

Schingler: About a month ago we did announce that Planet entered a definitive agreement to purchase Terra Bella out of Google. The deal is not finalized — we are going through a number of regulatory approvals, and everything is going well. We expect that it will happen over the coming weeks to couple of months, so we really do look forward to this coming true.

From a personal standpoint both Will [Marshall], the co-founder of Planet, and I have known the team from the very beginning, as we both were startups at the beginning of the decade. While we take a similar approach to technology development, Planet chose to go much smaller in satellite size and mass to allow for us to launch more spacecraft and come up with a monitoring mission to image the whole world every day. I think what Terra Bella chose to focus on was innovating on the cost side of things. So all along we’ve been fairly complementary in what our product offerings and aspirations are.

VIA SATELLITE: Could you lay out your game plan for 2017? Are there any projects you’re particularly interested in pursuing this year?

Schingler: Well, we’ve already had a very busy 2017. Let me give you a couple of highlights. One, of course, is the Terra Bella announcement. Additionally though, we launched a world record of 88 satellites on an Indian PSLV. We have contacted all of the spacecraft, we’re undergoing commissioning at the moment and our team has been quite focused on catching all of that data and getting it whitelisted. That will be the case for the next quarter or so. But what’s super important is this has actually been the mission we’ve been on since we started six years ago, and that is to image the whole world every day. These satellites do that. We’ve had a number of really compelling user applications that have been developed on top of this monitoring data and I think it’s just scratching the surface.

VIA SATELLITE: Could you describe your Earth Observation (EO) capabilities in further detail?

Schingler: We have so many satellites in space that we effectively created a line scanner for the planet at 9:30 a.m. This is in polar orbit, in a sun synchronous orbit, and as the Earth rotates underneath it we scan the planet. We image everywhere every day. When you stack all that data and put some analytics against it, you can extract extremely meaningful things about what’s happening. That’s useful for just about any sector you can think about, from the federal community to the agriculture and forestry sectors to the commodities and insurance markets.

This is a new step, to be able to image the whole world every day and then activate that data to IT infrastructure that allows for you and I to actually get access to it. People who aren’t experts in remote sensing can get access to this data and these information feeds to search, discover, annotate, and share stories around the changing planet. I think that’s the major theme of this year for us at Planet: we’re building the infrastructure to make this possible.

VIA SATELLITE: Are there any other companies operating on a similar scale as far as earth observation?

Schingler: You have government programs like the European Space Agency’s (ESA) Sentinel primarily used by the science community. They’re fairly coarse, from 10 meters to 30 meters in spatial resolution, so that means a football field is only 3 pixels in length and only 1 pixel wide. Something that coarse is really good for scientific understanding, but as you get down to 3 meters per pixel — which is what we do — then increase the temporal resolution by updating that every day, you can really see dynamic change. And there is no one capable, government, commercial or otherwise, that can image the whole world every day at this high resolution.

VIA SATELLITE: What challenges do you foresee this year and beyond?

Schingler: I’m a space guy. I kind of grew up at NASA through my twenties … so I very much enjoy coming up with new missions and developing new technology. We have to make sure we anchor in progress and really become focused on our users and our customers. So for me one of the challenges is to become very maniacally user-driven. I think it’s incumbent on us and our team of 400 to build a long-term sustainable enterprise that brings about this new information feed for the planet.

On the space side of things … the largest challenge that we face is launch, getting frequent, reliable, low cost access to space where you want to go and when you want to go. That has been and continues to remain the largest barrier of innovation in the aerospace community. I’m a strong advocate and would be one of the first paying customers for the emergence of small, nano launch capabilities to allow for us to change the mental model of what we do in space.

VIA SATELLITE: What does the next step for EO look like? Are there any big technological shifts lurking around the corner?

Schingler: The major shift that I see in EO is all on the downstream side of things. I think the real fundamental shift is [EO] actually becoming a new utility that is used in our day-to-day lives, either in the workplace or in your personal life. We can move EO, which currently primarily has an end user that is a government customer, to operate so fast and efficiently that we can grow the number of users by orders of magnitude. When that happens there will be a tremendous amount of market growth and commercial growth, and commercial feedback as far as what people care about in their applications, in other data sets, etc.

There’s a lot of data and what’s been missing with making it available to the masses is the analytics on top of it.