Steve Oldham, SSL, on the Future of Satellite Servicing 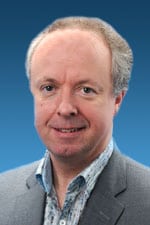 In his role as senior vice president of strategic business development for Space Systems Loral (SSL), Steve Oldham always has a pulse on what the next stage of evolution looks like for satellite technology. As a featured speaker at our sister event SATELLITE 2017 in Washington, D.C. from March 6 through 9, Oldham will host a panel titled “Should You Make Your Satellite Serviceable?” on Monday, March 6, alongside NASA Deputy Project Manager Benjamin Reed.

Via Satellite sat down with Oldham to talk about satellite servicing and how SSL plans to position itself in this market in the coming months.

VIA SATELLITE: What advantages does satellite servicing unlock for satellite operators?

VIA SATELLITE: What are some challenges SSL faces in designing this kind of technology?

Oldham: The way I look at it, satellite servicing consists of combining a series of technologies and processes that exist today or are close to existing today. For example, NASA has done refueling on the International Space Station (ISS) in space. The robotics on the space station do robotic assembly already and are controlled from the ground in the same way that satellite servicing will be controlled from the ground. So these elements of technology all exist or are soon-to-be-proven, and the challenge is combining all these together into a system that is usable, sustainable and reliable.

Frankly, there are insurance and regulatory challenges too because whenever you do something new in space you have to go through regulatory processes to get the appropriate permissions. And of course, we also want to make sure we have insurance for whatever it is we do.

But to me the biggest challenge in the industry today is making what I call five-year decisions, not 15-year decisions. What I mean by that is the communications industry has been accustomed to a model where a satellite is launched and provides service for 15 years, and is replaced by another satellite which itself provides service for 15 years. With the rapidly changing use of bandwidth — yours and my changing use of watching TV or using the internet — 15 years is just too long to predict.

VIA SATELLITE: How can satellite operators prepare for this next big technological shift?

Oldham: The simplest way is to put what we are informally calling a “USB port” on their satellites. It’s not a real USB port but the principle is the same: you buy a laptop and its ports allow you to plug in all kinds of devices you may need in the future. So satellites can incorporate the equivalent of USB ports to power interfaces on the outside of the satellite. When you start building satellites with these ports, you can start adding or removing payloads in space, or doing whatever it is you need to do for your business. That’s an immediate capability and we are already in discussion with some commercial customers about adding these ports to our satellites.

VIA SATELLITE: So how does this affect the cost of manufacturing, operating and maintaining satellites?

Oldham: I would say most importantly it allows satellite operators to be flexible in their decision-making. Today they can’t. When you have satellite servicing available, you can start investing your capital expenditure dollars where it makes the most sense. You won’t have to replace a satellite because it’s broken or when it’s run out of fuel. Now you have the ability to do fleet management by servicing some of your assets. Then you can focus your capital expenditure on where it can generate the most profit, which is what every other business in the world does.

That’s the real benefit for satellite operators: flexibility in capital expenditure planning in a world where budgets are reduced and restricted. There is a lot of change in the market for operators and the flexibility that satellite servicing gives them is a huge positive.

The longer-term picture is, what if you can build, assemble and augment your satellites in space? Today, if Intelsat or SES wants to launch a satellite, they’re constrained by the fairing size, the volume, and the mass of launch. They’re constrained in how much power and how many transponders they can have. When you get away from the launch constraints because you can assemble in space, you can start producing more capabilities — and that is the longer-term opportunity for operators. They’ll be able to produce more capable satellites and use that to compete with terrestrial-based businesses and Low-Earth Orbit (LEO) operators.

VIA SATELLITE: Given the hubbub regarding the recent Orbital ATK lawsuit against DARPA, could you describe what distinguishes your approach to satellite servicing from other companies?

Oldham: Well, firstly, it’s not our approach; it’s DARPA’s. We just bid into that solicitation. DARPA’s view is that they want a sustainable architecture for satellite servicing — one that is replenishable, can perform multiple operations, and can dock with any satellite that’s up in Geosynchronous Earth Orbit (GEO). It would be used by both commercial and government operators so that it becomes standard technology in the same way GPS has become standard technology over time. That’s DARPA’s vision, but the state of the industry today doesn’t do any of those things.