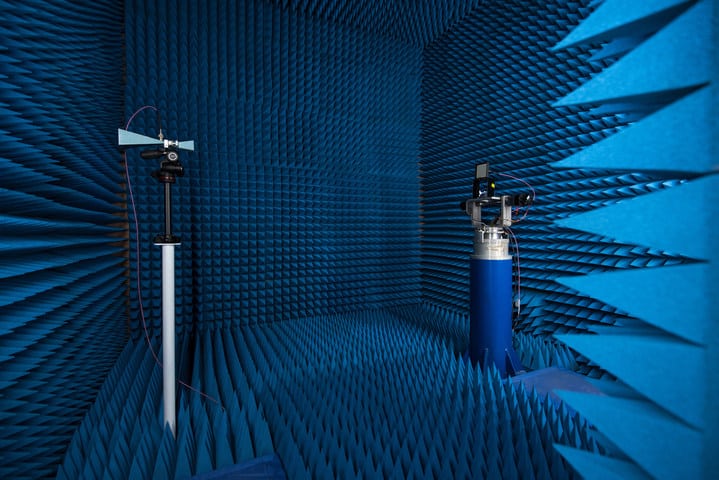 HiSky has announced the successful measurement and testing of its Ka-band antennas arranged in an 8×8 array. The antennas are an integral component of a small portable terminal developed by hiSky, which makes satellite calls and data more affordable, according to the company.

The fully integrated phased array antennas include 64 active elements and frequency conversion. Their specified frequency range is 17.7 GHz to 20.2 GHz for the receiving antenna and 27.5 GHz to 30 GHz for the transmitting antenna. Angular coverage of the antennas is between 35 to 90 degrees above the antenna plane in elevation, and 360 degrees in azimuth. Both antennas support on-the-fly, left-hand/right-hand switchable circular polarization.

The antennas have been calibrated and their performance, including radiation pattern at different scan angles, has been successfully tested at an antenna range, hiSky announced.

HiSky designed the antennas to be integrated in a low data rate mobile satellite communication terminal for Mobile Satellite Services (MSS) and Internet of Things (IoT) applications. Using the integrated modem and satellite tracking, with internal Microelectromechanical (MEMS) sensors, the terminal can enable on-the-move automatic satellite search and tracking capabilities, with minimum user assistance. The integrated modem supports frequency spreading and power control, which is required to meet the spectral density standards. The modem further supports fast synchronization, even at low data rates, to accelerate signal detection during satellite search. System reliability and robustness is increased by the construction of a satellite communication terminal using the phased array antennas without any mechanical moving parts.