Standardizing Spacecraft: One Company’s Mission to Cut Time to Market 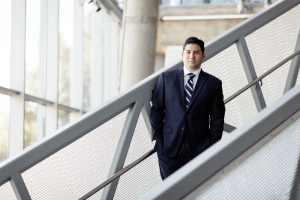 [Via Satellite 01-26-2017] Denver-based aerospace company York Space Systems is currently working with government and commercial customers to standardize spacecraft, hoping to slash both satellite price and time-to-market in the process. The company, which boasts alums from NASA, Lockheed Martin, Orbital ATK and Ball Aerospace, specializes in the mass manufacture of satellites for Earth sensing technologies and laser communication links, providing space entrepreneurs, governments and corporations with quick and affordable access to space.

“Ultimately, right now, space data is a frontier that is restricted by the economic viability of it, and while a standardized platform may not meet every need in every market, it can allow people to get to space, get there affordably and can have standard interfaces to know how they are going to do it,” York Space Systems CEO Dirk Wallinger told Via Satellite.

The company is currently working with a variety of commercial and government customers in order to develop standardized spacecraft that Wallinger says can reduce the cost of spacecraft hardware development from $336,000 per kilogram to just $60,000 per kilogram. According to Wallinger, the savings are led by the company’s business plan, which relies on designing satellites that can service a broad market with a variety of pre-determined customizable options for customers. Essentially, York provides a standardized platform that is amortizing Non-Reoccurring Engineering (NRE) costs across a very broad market.

“The spacecraft industry at this point in time is very similar to the automotive industry at the turn of the century. There were folks that produced custom cars for very wealthy individuals. Those were custom products at the time, built one-off,” Wallinger said. “That is pretty much what we’ve had in the satellite industry in the past five decades. What we saw with the Model T car was a standard. It didn’t work for everyone, but it lowered the cost significantly and broadened the market. It changed the way we live our lives today. That is what our spacecraft does.”

With the aim to test their products, the company recently announced a Cooperative Research and Development Agreement (CRADA) with the U.S. Army Space and Missile Defense Command (SMDC) to support the development of the company’s Harbinger Mission planned for late this year. The Harbinger Mission will be the first flight demonstration of York’s S-Class platform designed to offer rapid response capability to both commercial and military customers.

In addition, York is demonstrating two standard options: an electric propulsion system that is a standard option for the S-Class platform going forward; and two downlink capabilities, BridgeSat’s laser communication terminal and an X-band downlink.

The company is looking to demonstrate that the hardware can work for a variety of platforms and customers, including Synthetic Aperture Radar (SAR) spacecraft.

“There are three options through the platform that are available to customers in the future,” said Wallinger.

York is also working with several micro-launchers, including Vector, to ensure their platform is available to launch on any launch vehicle.

“We want to have launches going every single day, all the time, across the world. And these launchers need a platform that can support that kind of rate, which is where York’s platform fits in. We enable the launchers to provide the responsiveness,” said Wallinger. “But launching once a week isn’t any good if no one can make a satellite that fast.”