A Startup Perspective: Potential Impact of the Skybox, Planet Merger 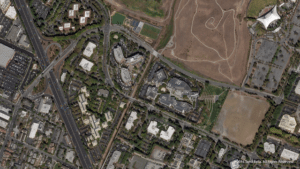 [Via Satellite 01-25-2017] As rumors began to swirl in early January that Google’s parent company Alphabet could be selling Terra Bella (formerly Skybox Imaging) to breakout smallsat imaging start-up Planet (formerly Planet Labs), the market began to speculate about what such merger could signify. While representatives from Alphabet and Planet have yet to confirm, industry is fairly convinced the move is in the near future.

“There have been many confirmation points that the merger is happening. We have already heard about 80 people from the Terra Bella team going over going by the Planet office before Christmas to sign employment agreements. That is a big movement of teams and a pretty strong indicator of consolidation,” said Bronwyn Agrios, co-founder and head of product at small satellite imagery startup Astro Digital told Via Satellite.

With Skybox proving to be one of the first success stories in the world of smallsat startups when Google acquired it for $500 million in 2014, what would this consolidation mean for the future of NewSpace as small satellite startups begin to proliferate across the globe? And what advantages could a possible merger have for the companies involved?

“I think that Google sees that they don’t need to own and operate their own satellites in order to get the value that they need from the data,” said Agrios, who is working with her own satellite startup to build satellite-monitoring software that is aimed at optimizing the way satellite imagery is used. “Owning and operating satellites requires focus. Really what Google wants is access to a data feed they can use to augment their own geo products like Google Maps.”

But in deciding to divest Terra Bella, the company also had to find the division an appropriate new buyer so as not to scare off other potential acquisitions.

“If Google to acquire a great team like Skybox and shut it down two and a half years later, it might scare aware future acquisition targets. As a founder myself, if I were looking at Google as a possible acquirer, that would certainly scare me away. So, I think what they did was find a good home for the team and the tech at Planet, who is really moving in the direction of putting together a multi-sensor constellation,” said Agrios.

Planet does seem to be a good home for the technology. As the company moves toward its goal of providing high-resolution satellite imagery and data through the manufacture and launch of more than 80 cubesats, the acquisition could help bolster the company’s assets.

“A big benefit for Planet right now is that they get a very talented team and possibly the perception of having more than they actually do,” said Agrios.

Through the merger, the company would be taking on 80 new employees at “San Francisco salaries” and a contract with Space Systems Loral (SSL) for 13 satellites, seven of which have been launched, with eight more that will need to be built and launched. “This looks like over $100 million in satellite and launch costs over the next 2 to 3 years.,” she added.

But with smallsat companies popping up across the globe to capitalize on the new technology that is lowering the cost of entry into the market, is it possible that with the Google divestment investors will begin to look at satellite startups, such as Agrios’ Astro Digital, with a wary eye going forward?

“Honestly, I think this merger is just bringing to light a lot of things that industry insiders knew already. Few people need the overhead of owning and operating satellites. Satellites are about the data. When I walk into a sales pitch I’m not talking about our satellites. I’m talking about our data, our API and what they can do with the information,” Agrios added.