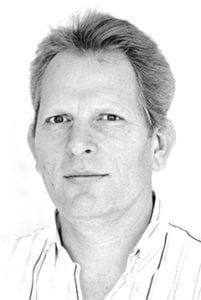 [Via Satellite 01-10-2017] OmniAccess is confident it will continue to see strong growth in its key target markets, such as the high-end yacht market and the boutique cruise market, as it looks to acquire capacity on Low Earth Orbit (LEO) satellites in the next five years. OmniAccess CEO Bertrand Hartman told Via Satellite that more High Throughput Satellite (HTS) capacity coming online could impact how the company acquires capacity going forward. He believes that the static HTS available now, in which the spot beams can’t be moved, “may not be the way forward.” According to Hartman, while those Mbps on a price-per-beam basis are very competitive, there are examples with static beams where the bandwidth is not exactly where the customer needs it to be. “I think that model [of buying capacity from fixed Geostationary satellites] compared to LEO, for instance, could change. If you are pushing 50 to 100 Mbps, it is no longer the speed that is governing things; it is latency that is becoming the driving factor in the user experience. I think, increasingly, as the bandwidth per user numbers become more mainstream, LEO is going to become more and more interesting in proposals. We are certainly looking at those things. We think the next five years will be different than the last five years,” said Hartman.

With the company targeting the high-end yacht market, as well as the boutique cruise market, its demands for capacity are spiking upward. To compensate, OmniAccess is developing its HTS strategy. The company already has capacity on Telesat’s T12 Vantage satellite, which has high throughput capabilities. Hartman believes HTS will impact the business in “multiple ways.”

“I think the real impact it will have on our market is that it will shake-up the whole value chain. A lot of these networks will end up as closed or managed networks. You are seeing big operators investing heavily into HTS. So, these companies could ultimately become our competitors. You could see the same in aeronautical. The market will be shaken up. It is going to change the way the cards are dealt,” Hartman added.

The service provider is hoping that, with more HTS capacity available, it can build its business still further. Hartman says that demands for bandwidth are “extreme.” According to Hartman, when looking at the real top-end of the market, you can have in excess of 100 Mbps for one vessel, which is largely on the same level as the capacity necessary for large cruise ships. Hartman admits that while such demand from one vessel is “exceptional,” it does exist.

OmniAccess has 250 customers in total, servicing any vessels over 40 meters, at which point it is considered a super yacht. Hartman notes there are about 1,500 of these vessels worldwide. Within that segment, there will be 200 vessels in the ultra-high-end segment. “I would say a quarter of that is in that high-end segment. We are quite dominant in that high-end segment. Obviously, it is a limited market, but the market segment is growing. There is about a 5 to 10 percent market growth with new boats being built and are adding to this pool of boats,” he adds.

OmniAccess sees the high-end super yacht market as the one with the most potential for growth. The company is also quite active with boutique cruise lines, but is not really targeting very large cruise-ship operators. Boutique cruise vessels can have up to five vessels in their fleets and, typically, they need more bandwidth per capita than the other cruise ships.

“We have got a wide network. We cover some places that pretty much no one else does. So, those are really the key growth areas,” said Hartman. The company has Ku-band services over Antarctica and capacity over the Northern Passage, “which is completely unique and would have been impossible a couple of years ago,” said Hartman.

“You have places like the South Indian Ocean where there are not many options. We leverage the fact that we have our own teleport infrastructure but, in terms of being flexible; it is a big asset. A high-end mega yacht can cost anything between 500 or 600 million euros. People can use their offices from there, so internet is quintessential for them. People can go and stay in Antarctica and run their business there,” he added.

While the company is in the process of sifting out its satellite capacity strategy, there is little doubt that things are looking good for them. OmniAccess is buying at least twice the amount of megahertz it did three years ago and Hartman says the company sees itself as being in a high-end growth segment.

“Even in commercial shipping, whatever they have today, they will want double that tomorrow. They won’t pay double, but there is price erosion,” said Hartman. “There is a huge discrepancy in terms of what these large shipping companies have and what they actually need. It is fair to say in the high-end of things, customers would rather get more bandwidth for the same amount of money rather than pay 20 percent less for their existing bandwidth. In our market, this is the dynamic. It may be very different in terms of commercial shipping.”