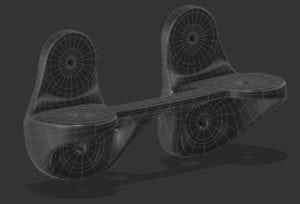 “We could not have been more pleased with the nearly 400 innovative entries we received,” said Mark Peller, ULA’s vice president of engineering. “What could be more exciting than designing hardware that will fly on a future Atlas 5 rocket? In fact, the quality of the entries was so tremendous we’ve increased the first place award to $10,000.”

A panel of judges, including ULA CEO and President Tory Bruno as well as additional engineers and experts from ULA and Stratasys, judged the entries.

The winners are as follows:

In addition to the financial award, Nic Adams’ support bracket will fly on a future Atlas 5 mission.

“It is truly an exciting time, and we are on the cusp of a space revolution,” said Bruno. “New technologies and missions we haven’t even imagined are on the horizon, and ULA is transforming the future of launch.”