Capella Space CEO on the Cost of Enabling Inexpensive SAR 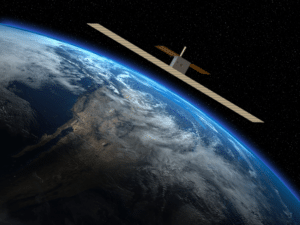 [Via Satellite 12-06-2016] California-based start-up Capella Space is one step closer to providing hourly imagery of any location on Earth regardless of weather or light conditions via a series of 30 Synthetic Aperture Radar (SAR) satellites. The company has purchased a launch spot and scheduled its first satellite launch in just about one year, in December 2017, which represents the first commercial U.S. SAR satellite, and an overall pick up in the SAR market.

Traditionally, high development costs and regulatory prohibitions have made launching SAR satellites more difficult and expensive. To this day, only three countries have launched commercial SAR satellites: Germany, Italy and Canada, and to purchase an image from those satellites will run a commercial customer a price tag of $3,000 to $6,000, Capella Space co-founder and CEO Payam Banazadeh told Via Satellite.

“It is so expensive that the majority of the customers of these commercial satellites today are still government. They are still using these images for defense and military applications,” said Banazadeh. “Also, the availability of the data on these few satellites that do synthetic aperture radar is fairly limited. There are only a handful of satellites and they are all coordinated separately from a few different countries. If you want to look at a place every day, you can’t currently do that.”

Capella Space wants to change that by launching a constellation of 30 relatively inexpensive SAR small satellites within the next three to four years, bringing frequent, high-resolution images to commercial customers at an affordable rate — images that will have application in tracking changes around in the world, including industries in maritime and shipping, insurance, agriculture, energy, manufacturing and world trade, among others.

“[Our satellite costs are] in the single-digit millions, but that is an all-inclusive cost including the cost to launch, operate, build, etc.,” he said. The company has been able to raise enough money through its investors thus far to put the first satellite into orbit and is currently on track to meet the late 2017 launch date, focusing on signing up customers for the first and future satellites. The company has received funding from Data Collective VC and Canaan Partners, which have previously backed companies such as Planet and Terra Bella.

SAR images hold distinct advantages over optical satellites despite the cost, including the fact that the microwave X-band signals don’t get absorbed in clouds and due to its active nature of the instruments the satellite are light independent. That means we can take images during the day, night, storms, clouds, fogs, and any other time and condition in between. With 75 percent of the Earth engulfed in cloud cover and darkness at any given time, this makes SAR a more viable option for use cases that require more frequent data. SAR is also a coherent system which means the images can be used to form a 3-D map to understand surface deformations to cm or better accuracy.

Moreover, a Nov. 21 report from Northern Sky Research (NSR) found that, with the help of an increasing focus on satellite constellations and the rise of Big Data analytics, SAR-based opportunities in the next decade will grow, with global revenues expected to increase at twice the rate of optical Earth observation. NSR’s “Satellite-Based Earth Observation, 8th Edition” report projects cumulative global revenues from SAR imagery at $6.2 billion by 2025 spurred by Very-High Resolution (VHR), for which defense and intelligence agencies will still be key customers.

Capella Space is positioning itself to take advantage of commercial escalation in interest around Big Data analytics as it prepares to launch its constellation with the aim to deliver not pictures, but information.

“Instead of selling pixels, we are positioning ourselves to sell information. For the farmer to be able to use SAR images, they should never see the SAR images. They shouldn’t even know what it is and what it’s coming from, because what they want to know is when to go harvest,” said Banzadeh.

The most important aspect of bringing Capella Space’s SAR product to market, however, is the decrease in price driven by lower operating costs as well as an increase in supply, which will lower the barrier to entry in the analysis market, according to NSR. This also opens the SAR market to less-wealthy entities.

“There is a lot of data being used in the U.S., the country spends a lot of dollars to create these data sets but many developing countries just don’t have that capability and we can provide that,” said Banzadeh.

And as uncertainty around the world increases around trade, climate change, etc., Banzadeh also believes interest in decreasing that uncertainty will drive a larger need for frequent and unbiased information.

“There is a lot of uncertainty in the world, especially after the last U.S. election, and uncertainty essentially means risk, and risk means people are willing to pay to decrease the risk. There’s a lot of value in independent data sources, whether it’s for trading, intelligence, agency coordination or running businesses. Independent and objective data is extremely valuable,” said Banzadeh.