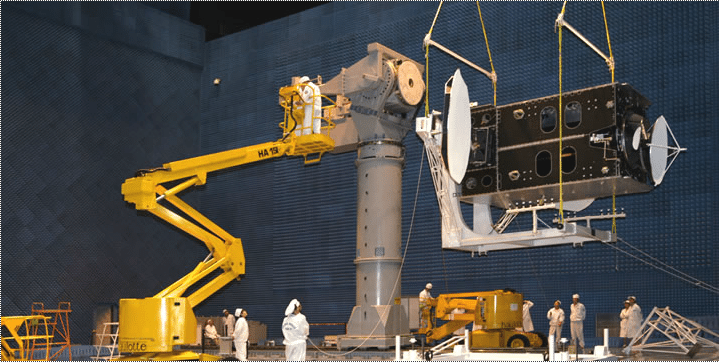 [Via Satellite 10-21-2016] International Satellite Company (ISC), a subsidiary of Thai satellite operator Thaicom, has entered into a satellite procurement contract with China Great Wall Industry Corporation (CGWIC) for a $208 million Ka-band satellite. The subsidiary is buying the satellite on behalf of an unnamed business partner under which the satellite will be licensed and whose orbital slot it will use.

Thaicom said in a press release that the partner will provide the company with advanced service fees that will serve as the source of funding for the construction of the satellite, and that the project is expected to contribute to increased revenue for the operator.

The satellite is designed to carry 37 GHz of Ka-band capacity, equivalent to 53 Gbps; ISC has already agreed to lease out the entire capacity to a major customer. Once completed around the end of 2019, the satellite is expected to provide broadband and mobility services in China, Hong Kong, Taiwan, South Korea, Japan, Malaysia, Singapore, the Philippines, Vietnam, Laos, Cambodia, and Thailand over its 15-year lifetime.

State-owned CGWIC is the only commercial organization authorized by the Chinese government to provide satellite, commercial launch services and to carry out international space cooperation. Other recent commercial contracts include Apstar 9 for APT Satellite of Honk Kong and Belintersat 1 for the new Belarusian operator Belintersat.