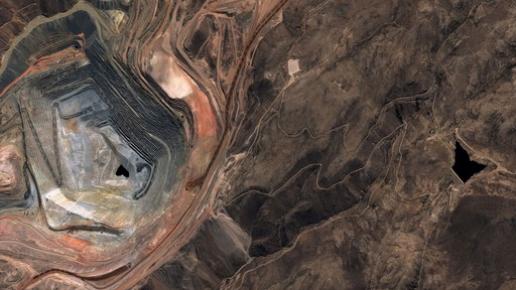 A PeruSAT 1 image from copper open mine Cuajone. Photo: CONIDA

[Via Satellite 10-05-2016] The Peruvian Space Agency CONIDA’s PeruSAT 1 satellite has delivered its first images after launching Sept. 16 from Kourou, French Guiana. The satellite, built by Airbus Defence and Space as the result of a bilateral agreement between Peru and France, collects images for use in agriculture, urban planning, border control and drug trafficking, and will support the management of humanitarian aid and the evaluation of natural disasters, among other applications.

From now until the end of the year, PeruSAT 1 will undergo exhaustive in-orbit tests from the CNOIS (Centro Nacional de Operaciones de Imágenes Satelitales) control center, which Airbus Defence and Space also built, in Pucusana, south of Lima to ensure that all subsystems are operating properly. After testing, fully trained Peruvian engineers and technicians of the customer CONIDA will operate the satellite.

PeruSAT 1 is based on the AstroBus S platform, featuring a silicon carbide optical instrument system with 70cm resolution. Airbus Defence and Space constructed the satellite in less than 24 months — a record time for the company.