NanoRacks to Deploy RemoveDebris Mission from ISS in 2017 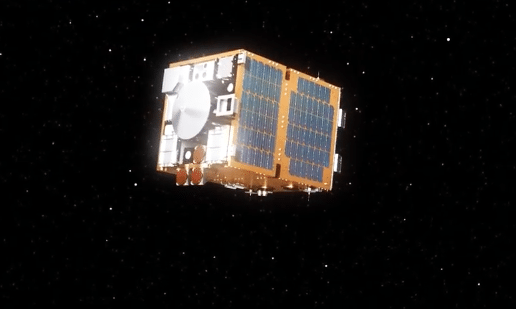 [Via Satellite 09-29-2017] NanoRacks has received a launch contract from the RemoveDebris consortium to deploy an Active Debris Removal (ADR) experiment from International Space Station (ISS) in June 2017. The launch sequence will involve the satellites on the Kaber platform being launched in a box to the ISS on-board a cargo resupply mission, unpacked by astronauts on the ISS, then attached to a slide table in the Japanese Experiment Module (JEM), and finally deployed into space.

The RemoveDebris mission started in 2013 and has more than 60 people assigned to the mission. The European Commission and partners have co-funded the project, with earlier program research funded through the European Union Seventh Framework Program.

In the mission, cubesats, provided by the Surrey Space Center (SSC), will be ejected from Innovative Solutions In Space (ISIS)-supplied cubesat deployers to be used as “artificial debris.” A 100kg satellite designed by Surrey Satellite Technology Limited (SSTL), and Surrey Satellite Technology US (SST-US) will then demonstrate four different debris removal technologies.

In the two capture experiments a net, developed by Airbus DS Bremen, will be fired at a cubesat to demonstrate net capture in space, and a harpoon from Airbus DS Stevenage will fire at a deployable target plate to demonstrate safe grappling in orbit, without generating additional debris. The third experiment involves vision-based navigation created by Airbus DS Toulouse and Inria that aims to demonstrate rendezvous navigation using cameras and a Light Detection and Ranging (LIDAR) system from CSEM. Lastly, the mission will demonstrate de-orbiting using a large drag-sail from SSC. According to the companies, all parts of the mission will rapidly de-orbit, and thus will not contribute to space debris.