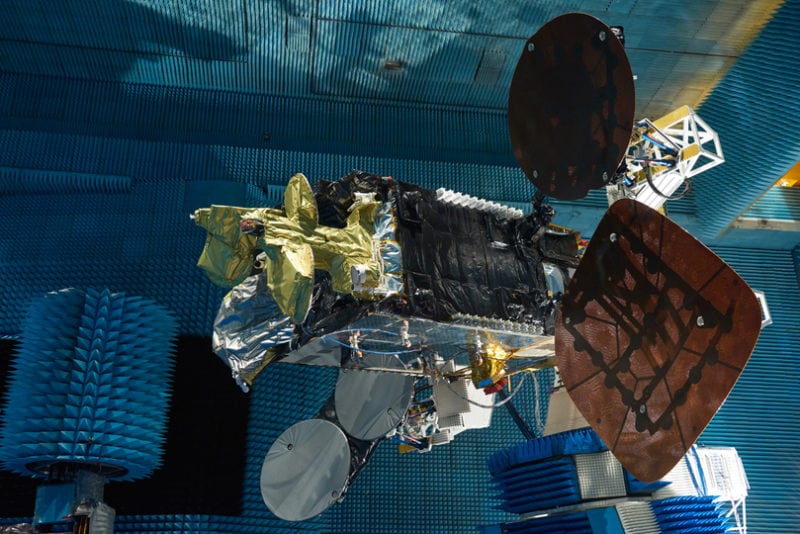 [Via Satellite 09-06-2016] Spacecom is putting together a plan of action following the loss of its Amos 6 communication satellite due to the Sept. 1 explosion of SpaceX’s Falcon 9 rocket on the launch pad. The company has begun measures to recover funds invested in the project.

“Spacecom has crafted a plan of action which represents the foundation upon which we shall recover from Amos 6’s loss. Our program includes, among other measures, exploring the possibility of procuring and launching a replacement satellite. Working quickly and efficiently, management is engaging with current and potential partners to move forward,” said David Pollack, president and CEO of Spacecom.

As part of the recovery plan, some of Spacecom’s current Ku-band clients on Amos 2 that were to relocate to Amos 6 will be instead relocated to Amos 3. For others, the company is planning to help find capacity on other satellites or possibly on a satellite that will be relocated, either permanently or temporarily, to the 4 degrees west orbital position.

“Spacecom will serve all of its current and future financial commitments,” said Pollack.

The successful launch and in orbit check out of Amos 6 was a condition for Spacecom’s merger with companies from the Beijing Xinwei Group, announced on Aug. 24. Spacecom has updated Xinwei regarding the loss of the satellite and together the parties have decided to explore possibilities to amend the current agreement to reflect the new situation.