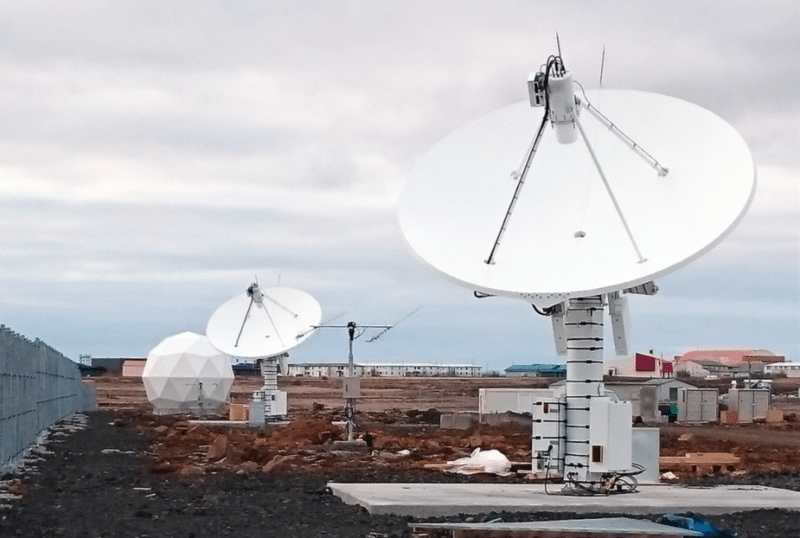 [Via Satellite 08-12-2016] Earth observation company Planet, formerly Planet Labs, is scaling up its ground segment infrastructure to handle five times as much data from its constellation of “Dove” CubeSats. Kyle Colton, ground station Radio Frequency (RF) engineer at Planet, said Aug. 10 at the Small Satellite Conference in Utah that the company currently downlinks about 1 Terabyte of data per day from its entire fleet. As Planet’s constellation grows, the company is optimizing its ground segment to keep pace with the imagery the satellites collect.

“To get to our mission of providing very high cadence data, we are looking to scale to upwards of 100 CubeSats in orbit with 3 to 5 meter resolution on those. We are going to be getting about 150 million square kilometers per day, and that translates to about 5 Terabytes of data that we have to work through our ground network,” he said.

Today Planet has 62 CubeSats in space, with 12 recently launching June 22 aboard a Polar Satellite Launch Vehicle (PSLV) from the Indian Space Research Organization (ISRO). The company has launched a total of 145 satellites, with new satellites continually introducing fresh technology to the fleet.

Colton said Planet currently has 12 ground stations across the world, equipped with 36 different antennas. Those stations are responsible for things such as autonomous tasking and scheduling for the constellation. As the satellites circle the Earth in a “line scanner” formation, they connect with ground stations, when over one, to communicate and downlink imagery.

“The global network allows us to keep contact with each satellite and get [Tracking, Telemetry and Control] TT&C passes almost every pass, if not every single orbit of the satellite. It also decreases the time between the image capture and the downlink, which is very important to our customers,” he explained.

Colton described Planet’s approach to its ground segment as similar to the “agile aerospace” methodology the company uses for spacecraft. With ground stations, Planet has a model of getting the sites operational very quickly, and then adding to them in an iterative manner for constant improvement. He said the satellite industry could profit from this methodology, as well as by taking lessons from other industries.

“We actually treat our ground stations a little bit as IT assets,” he explained. “We use traditional open source IT tools to check services, look at the processes that help the ground stations, and then if there is an issue and if our automatic processing can’t fix that issue, then we have an alert and on-call system that will automatically push that alert to the on-call. With that system we are actually able to operate the entire network with only about five people working on the ground station.”

Planet has two different styles for ground stations. One, Colton said, is Ultra-High Frequency (UHF) for TT&C, which are built to be low cost and scalable. The second consists of X-band downlink stations with 4.5 to 8 meter dishes that feature adaptive coding for variable data rates. These X-band stations use Commercial-off-the-Shelf (COTS) technology, which Colton said routinely reach data rates of 120 Mbps, and has recently crested even that benchmark.

Colton said Planet is continuously looking to increase capacity by adding more sites in more locations. He said the company is building more ground stations today and anticipates being able to meet its mission goals with currently operational sites and those underway.

“Since ground stations take some time to establish, between the land acquisitions, licensing, the actual build itself and all the planning associated with that, we try to look ahead as far as possible to figure out what we might need to do in the future. [We] use open source software to model the capacity of the ground sites, model the capacity that we are going to need on the satellites, and then build to that,” he said.

Colton said Planet builds in some redundancy and extra capacity on its ground segment network to allow for greater flexibility. For example, he said in the event an antenna has a fault the company can move assets to another antenna, or redistribute the load to multiple sites, thus avoiding rescheduling on satellites.