Eutelsat Expects Return to Growth in Two to Three Years 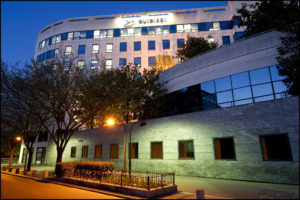 [Via Satellite 08-03-2016] Eutelsat expects to see its revenues stabilizing in the fiscal 2017 to 2018 timeframe, with a return to growth following in FY18 to FY19, the company announced during its full year 2015 to 2016 financial results July 29. The operator’s total revenue for FY15/16 was 1.529 billion euros ($1.7 billion), inching upward by 0.2 percent like-for-like compared to last year. While Eutelsat’s core video business, which comprises 64 percent of revenues, grew by 2.3 percent year over year, the operator’s other two core sectors, data services (16 percent) and government services (13 percent), declined 6.1 percent and 7.5 percent respectively. Value-added services, 7 percent of the company’s revenue contribution, grew 4.8 percent.

Speaking July 29 on a conference call with investors, Eutelsat CEO Rodolphe Belmer said the company is seeing oversupply of capacity, mainly though High Throughput Satellite (HTS) systems outpacing the growing global demand for data services, especially in Latin America. In government, he said Eutelsat has noticed a stabilizing of demand from the U.S. Department of Defense (DOD), but a slower adoption of HTS compared to data customers. Belmer said there are still strong growth opportunities within Eutelsat’s core business areas, with video especially showing significant promise.

“We believe that two technologies will determine the distribution of video in the world in the next few years, and that will be satellite together with IPTV,” he said. “These two technologies are growing in parallel. We also see very significant opportunity if we are able to enhance the satellite value proposition by offering IP-like viewer experience.”

Eutelsat passed the 6,000-channel market on its fleet this past year, and saw an increase in HD channels as well as the launch of the fleet’s first Ultra-HD channels. The operator is currently distributing three Ultra-HD channels. Michel Azibert, deputy CEO of Eutelsat, said two of the three channels are on Russian Direct-to-Home (DTH) service provider Tricolor’s video bouquet, while the third channel is on Eutelsat’s Hot Bird.

Azibert said Ultra-HD is growing quicker than what Eutelsat previously expected, and that more Ultra-HD channels are likely to crop up throughout Europe in the near term.

“We are confident and we believe that the ramp up in terms of number of channels and number of transponders will probably be a little bit faster than what was originally anticipated,” he said.

Belmer also noted a trend toward more outsourcing of video services by broadcasters, creating additional demand. He said Eutelsat expects a medium term return to growth with video, and significant potential for connectivity in the long term. Ka-Sat, Eutelsat’s flagship Ka-band HTS platform, is essentially fully booked in Western Europe. Belmer said the company is developing plans to stimulate the market in Eastern Europe where some capacity is still available.

In addition to Ka-Sat and Eutelsat 3B, Eutelsat has future HTS satellites coming up, including Eutelsat 172b over the Asia-Pacific in 2017, which Airbus Defence and Space is manufacturing; and the Africa Broadband Satellite, which Thales Alenia Space is producing, equipped with 65 spot beams in 2019. The company also has the first Eutelsat Quantum satellite scheduled to launch in 2019, and should soon have new Ka-band services over Africa with Facebook on Spacecom’s Amos 6. Eutelsat launched five new satellites in FY15/16 — Eutelsat 8 West B, Eutelsat 36C, Eutelsat 9B, Eutelsat 65 West A, and Eutelsat 117 West B. Another traditional satellite, Eutelsat 7C, is slated to launch in the second half of calendar year 2018.

In the next decade, Belmer said Eutelsat envisions a new class of more capable satellites superseding what today’s HTS can provide.

“What we believe is that with the advent of the new generation of satellites, which we call VHTS [Very High Throughput Satellites], in 2020/2021, at that moment we are able to deliver internet service which will be compatible to the internet usage today,” he said, adding that to meet demands for internet video streaming, more powerful spacecraft are needed. “This is only possible with a new generation of satellites which can produce much more capacity. Serving the mass market from satellite means producing lots of capacity, and that’s when the new satellites are coming … [and] will be able to serve the market with a compelling consumer benefit, and also at a price which is consistent with the kind of price the consumer will accept to pay.”

One step in this direction is Eutelsat’s joint venture with ViaSat, which will leverage Eutelsat’s existing Ka-Sat satellite and ViaSat’s future “ultra-high throughput” ViaSat 3 system over Europe. Belmer said discussions on the joint venture are still ongoing, with a signing date anticipated in the next few months.