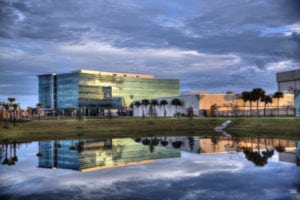 [Via Satellite 07-25-2016] Norsat has received an order worth approximately $3.8 million from Harris Corporation for Atom series Solid State Power Amplifiers (SSPAs). Harris and Norsat have been collaborating since 2013 on custom SSPAs that meet higher Radio Frequency (RF) performance requirements for linearity, gain flatness and phase matching. This contract is for the second phase of the project that Norsat first announced in October 2013 and April 2014 after the successful implementation of the SSPAs.

Norsat is a subcontractor to Harris to provide Ku-band SSPAs for a system that upconverts and amplifies L-band composite signals. Each Harris system replaces nine large racks of legacy equipment with an array of twenty-four 100W Ku-band Atom SSPAs.