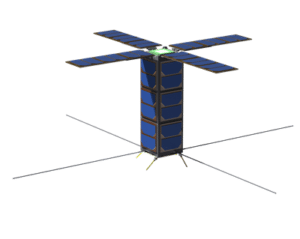 [Via Satellite 07-20-2016] Surrey Satellite Technology Ltd (SSTL) has signed a contract with Honeywell Aerospace to provide a variant of its SSTL 12 satellite platform for a technology demonstration mission. The platform, called Vesta, will test a new two-way Very High Frequency (VHF) Data Exchange System (VDES) payload for the exactEarth maritime satellite constellation. SSTL is providing the platform as part of a Memorandum of Understanding (MOU) between Honeywell and the U.K. Space Agency.

Vesta is a flagship project of the U.K.’s National Space Technology Program, funded through the U.K. Space Agency and managed via the Center for Earth Observation Instrumentation and Space Technology (CEOI-ST). The platform is a new configuration of the SSTL 12 bus, optimized for missions of between 3kg and 25kg. SSTL is manufacturing Vesta in its new NanoLab at the company’s Guildford facility under a rapid-build schedule to meet a 2017 launch date.