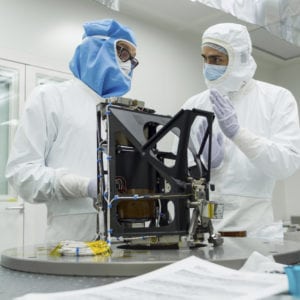 [Via Satellite 07-11-2016] Thales Alenia Space has reached a definitive agreement with Ruag to acquire the company’s opto-electronics business line. The transaction is subject to the usual closing conditions, and is expected to conclude by the end of the year.

Based in Zurich, Switzerland, Ruag’s opto-electronics and instruments product unit specializes in scientific satellite instruments and in equipment for optical communications in space. The entity employs 75 people and recorded sales of 16.6 million euros ($18.4 million) in 2015.

Thales Alenia Space plans to leverage this acquisition to expand its European footprint and enhance the solutions it offers for the science, Earth observation, and telecommunications markets. The purchase follows Thales Alenia Space’s formation of a U.K. subsidiary in 2014, a new Belgian facility in Leuven in 2014, and the opening of a plant in Germany in 2011.