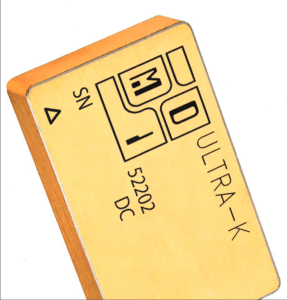 [Via Satellite 07-06-2016] Modular Devices, Inc. (MDI) is now offering custom design radiation hardened DC-DC power converters able to operate at cryogenic temperatures down to 77 degrees Kelvin (-195 degrees Celsius). The products are designed primarily for space instruments, as the relative magnitude of the Sun’s radiation intensity diminishes significantly beyond Earth, resulting in a drop in temperatures that fall well below the military range of –55 to 125 degrees Celsius often acceptable for equipment operating in a near Earth environment.

Although these cold temperatures may be mitigated by a combination of heaters and insulation, this results in additional weight and power burdens. According to MDI, two avenues of practical implementation for the active components exist. One is to build custom Integrated Circuits (ICs) with either HEMTFETs or radiation-hardened Complementary Metal-Oxide-Semiconductor (CMOS). The second is to use discrete components packaged in a volumetrically small hybrid microelectronic package. MDI has chosen the latter approach, which it believes is much more economical and offers faster development times for unique or low quantity applications.

MDI has now developed several power converter building blocks suitable for 77 degrees K/100K+ power converters. Input voltages range from 5 Volts-of-Direct-Current (VDC) from battery sources to 100 VDC from satellite buses. Output voltages from these circuit blocks are available from 1.2 VDC to 28 VDC. Power levels can range from 1 Watt to 100 Watts. Also available are units that deliver 1KV or more, for propulsion or instrumentation.