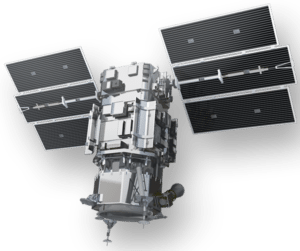 [Via Satellite 06-29-2016] DigitalGlobe has completed its 18-month-long transition of the WorldView 1 imaging satellite from a morning orbit to an afternoon orbit. The satellite now passes directly above Earth locations at approximately 1:30 p.m. local time.

WorldView 1 uses a large telescope and advanced pointing technology to capture images of locations hundreds of miles to the east or west of its position, in multiple time zones. DigitalGlobe has three other high-accuracy, high-resolution satellites in morning orbits, enabling customers to see the Earth anytime between 9 a.m. and 3 p.m. local time, double the previous daily access window when imaging can take place. The company plans to further enhance its intra-day collection capabilities with the planned mid-September launch of the WorldView 4 satellite into a morning orbit.