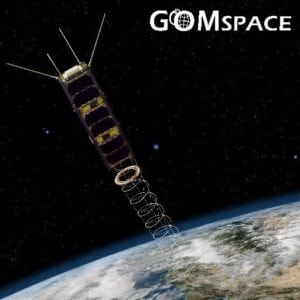 [Via Satellite 06-21-2016] GomSpace ApS has secured a Letter of Binding Commitment from the Danish Investment Fund for Developing Countries (IFU) for an investment of $4 million in a joint project. The investment will be released gradually in the period running from September 2016 to January 2018.

The project, designated Global Satellite Service (GSS), will start in Q3 2016, and will see the launch of a constellation of nanosatellites into a near-Equatorial orbit. The satellites will be designed and manufactured by GomSpace ApS and will carry a payload capable of monitoring Automated Dependent Surveillance-Broadcast (ADS-B) signals from aircraft and Automatic Identification System (AIS) signals from ships within a coverage area spanning approximately 22 degrees North and South of the Equator, covering 108 countries and territories either in part or full. The satellites are expected to be launched into orbit in Q1 2018 and to be in full revenue service by Q2 2018.

The GSS project will also see the establishment of a data and services company, which will be jointly owned by GomSpace ApS, IFU and additional partners, which are yet to be announced. GomSpace ApS will hold 48 percent of the shares. The company will be providing a range of services to customers in the Equatorial region based on the ADS-B and AIS data feeds from the satellites.