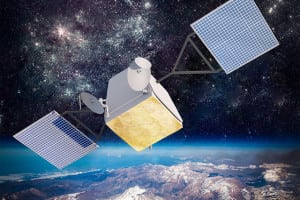 [Via Satellite 06-01-2016] OneWeb Satellites, the Airbus Defence and Space and OneWeb joint venture tasked with building OneWeb’s constellation, has signed supply contracts with MacDonald, Dettwiler and Associates (MDA) from Canada, Sodern from France, and Teledyne Defence from the United Kingdom. To equip each of the 900 satellites forming the OneWeb fleet, MDA will manufacture 3,600 antenna subsystems, Sodern will provide 1,800 star trackers, and Teledyne Defence will supply communications repeater equipment.

The addition of these partners follow’s OneWeb’s announcement of its Florida-based high volume satellite manufacturing factory. The space segment of OneWeb will initially comprise a constellation of 648 operational satellites and replacement satellites, all of which will be identical. Each satellite will weigh approximately 150 kg and will operate in Low Earth Orbit (LEO). Arianespace and Virgin Galactic are scheduled to begin launching the spacecraft in 2018, after which the satellites will use electrical propulsion to reach their operational orbits.