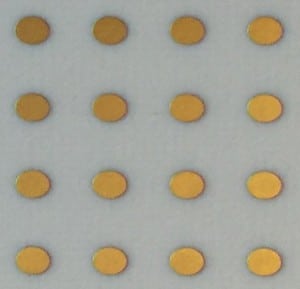 [Via Satellite 05-26-2016] C-Com Satellite Systems, in partnership with the University of Waterloo, is creating its first Phased Array Antenna (PAA), adding the company to a growing list of players designing phased array systems with confidence that this time they will see widespread adoption by the commercial sector. Known for its flagship iNetVu antenna, C-Com has established itself in the market with Comms-on-the-Pause (COTP) systems based on parabolic antennas.

“This is our first attempt at developing such a product,” Bilal Awada, CTO at C-Com, told Via Satellite. “Satcom on the move is a new concept we are embarking upon. We have been working with the University of Waterloo for about three years now on this collaborative product to take us to the next level.”

While PAAs are a greenfield for C-Com, they are not for longtime partner University of Waterloo, which also collaborated with C-Com on the development of its cash-cow iNetVu product line. Safieddin Safavi-Naeini, director of the Center for Intelligent Antenna and Radio Systems (CIARS), and professor at the university’s Department of Electrical and Computer Engineering, has been focused on phased array technology for more than three decades. Safavi-Naeini helped develop the University of Waterloo’s first successful PAA product roughly 10 to 12 years ago with WineGard and Intelwaves Technologies.

PAAs are a growing area of development, with companies like Phasor, Gilat, Boeing and others developing new systems. Research firm NSR counts around a dozen companies pursuing phased array products.

C-Com and the University of Waterloo anticipate having a new bleeding edge PAA that C-Com will commercialize in a few years time. Earlier this month the two partners successfully tested the first Ka-band phased array modules using the company’s patent-pending phase shifter technology. The test paves the way for Ku-, Ka- or hybrid Ku/Ka-band antenna systems capable of enabling with both fixed and mobile satellite broadband communications. Awada said the current timeline anticipates a proof of concept prototype in two to three more years, following which they will convert the resulting technology into viable products to take to market.

PAAs use an ensemble of several tiny antennas that can collectively create a strong electromagnetic radiation beam, which then enables telecommunications. To date they have seen their most widespread use in the military market, or within scientific research such as radio astronomy, rather than the commercial sector. This is largely because they have been so cost prohibitive for private companies to use. Safavi-Naeini traced the expensive nature of past PAAs to their complexity, making them costly and difficult to use. Having spent years researching “intelligent antenna systems,” Safavi-Naeini described phased array technology as “one of the most cost effective and practical forms of implementation of intelligent antennas.”

By making the system intelligent, he said they could drive costs down significantly enough for commercial markets.

“The whole system we are trying to develop is made of fully intelligent modules,” he explained. “If you look at the military system you see that these systems were made of antennas, but each of those sub-arrays or modules are not intelligent. They still need a very complex feed circuit to feed all these modules and send the control signal across. Our idea is based on modules that are small, but contain everything — the antenna, plus the electronic circuit and an important part of the control circuitry, and even local memory.”

Safavi-Naeini said C-Com and the University of Waterloo are pursuing a modular design that uses a very advanced software algorithm to control low cost modules, and calibrate them to work together. Both the modular design and the advanced software are anticipated to drive down costs. For the modules, each will be small and simple, but will require thousands of units for a single antenna. This means they will need to be fabricated in millions, and this scaled production should streamline the cost of development.

The antenna will then use a beam-forming calibration algorithm that the University of Waterloo invented, and a beam-forming computer that identifies the whole system, the characteristics of each module, and records data. Safavi-Naeini said the algorithm characterizes each module along with any possible change due to environmental factors, aging, or other influences, and adapts to keep the antenna functioning properly. Because of this algorithm, PAA can compensate for the use of low cost materials.

“We are not using any exotic technologies. We use very low cost microwave technology, low cost packaging technology and low cost materials. Because of this, the modules may deviate from their normal ideal parameters, but then we have the beam-forming computer that tracks these modules and also identifies any errors. If a module fails, the central beam-forming computer detects that immediately and redistributes the radiation task to other modules,” he said.

“We have a fully integrated calibration system in the form of a few sensors that are integrated with the antenna array structure and can characterize each module through field measurements. They can measure characteristics of each individual element and then send this data back to the beam-forming computer system. That’s all you need to do. This can be done as frequently as needed,” Safavi-Naeini added.

Because of the timeline for the PAA, Awada said C-Com is also developing mechanically steered antennas in Ka and Ku band in order to move more quickly into the Satcom-on-the-Move (SOTM) opportunity. Awada said the new mechanical antennas will differ from C-Com’s current iNetVu antennas by enabling auto-tracking of satellites and broadband connectivity while a vehicle is moving. These products would pave the way for the phased array products with which C-Com sees an even larger opportunity.

“For us this will open up a whole new market. With this new technology we are seeing a wide spectrum of its applicability. Initially we want to focus on the land mobility aspect to deploy these on cars, replacing our COTP right now with low cost, in-motion antennas, and also opening up other vertical markets like trains, buses, first responders and public transportation — anything that moves on land. But this technology is not limited to land. It could be applicable to maritime, aeronautical, military and far beyond,” said Awada.

In land mobility, C-Com plans to target High Throughput Satellite (HTS) services in Ka-band, including those of ViaSat, Hughes, O3b Networks, Inmarsat and others. The PAAs could also see use in 5G systems and with multibeam radar.