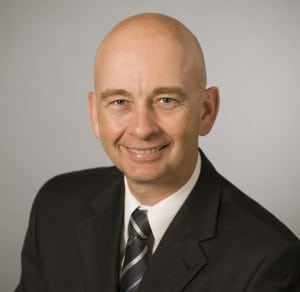 [Via Satellite 05-20-2016] Telesat has revealed new details about the operator’s plans for a constellation of small Ka-band satellites in Low Earth Orbit (LEO). In April the company placed orders with two satellite manufacturers — Space Systems Loral (SSL) and Surrey Satellite Technology Limited (SSTL) — to each design and build a prototype satellite for launch in 2017. The experimental spacecraft will help Telesat prove out the ideas underpinning a LEO constellation that would serve broadband customers around the world.

In an interview with Via Satellite, Telesat Chief Technical Officer (CTO) Dave Wendling said the two prototypes employ unique but similar platforms that will enable Telesat to test out a variety of technologies.

“There are a number of technical evaluations Telesat will be conducting that include: pass planning and ground system tasking, tracking user terminal performance (acquisition, tracking, Radio Frequency) in the specific orbits, validating performance of new phased array antenna technologies, LEO satellite operations, and the like,” explained Wendling. “The real focus of testing the prototypes will be to assure the system is capable of delivering significant benefits to our customers in terms of higher data speeds, high capacity and security, lower latency and other advantages that are central to Telesat’s system architecture.”

During Telesat’s first quarter 2016 earnings call last month, the company’s President and CEO Dan Goldberg said Telesat is pursuing a LEO constellation in tandem with larger High Throughput Satellites (HTS) in Geostationary Earth Orbit (GEO) to meet rising demand for data and connectivity services. Wendling said the operator’s future LEO system will provide “extremely high capacity” over 100 percent of the planet, will be highly distributed, secure and offer extremely low latency. He added also that the constellation will be very supportive of connectivity for mobile platforms.

Wendling declined to say the mass or lifespan of the prototype satellites. He said they will both be equipped with chemical propulsion to meet their mission requirements.

“The payloads provide similar capability while complementing each other to extend the overall capability. By working with two different vendors, Telesat will be able to assess a broader range of capabilities to determine those that can be leveraged to optimize the performance of our planned constellation,” he said.

By leveraging small satellites, Telesat could benefit from some of the rapid development seen in other new satellite programs. Much of the activity around LEO has been for remote sensing constellations, where burgeoning operators have leveraged low-cost platforms to rapidly iterate new versions of spacecraft in time periods much shorter than GEO operators. Some of the advances in this area could transfer over to telecommunications.

“The small remote sensing constellation effort, which is represented by at least 16 companies, is leading the way in small satellite technology development,” Phil Smith, senior space analyst at the Tauri Group, told Via Satellite. “The lessons learned may be transferable to the telecom side of things. Efforts to cram as much technology into 3U and 6U CubeSats may inform how to best leverage technologies relating to telecom. Chief among these, I think, is power.”

The list of telecommunications satellite operators pondering or pursuing new LEO constellations continues to grow steadily. OneWeb, SpaceX and LeoSat are all pursuing such constellations, along with other differentiated ideas like those of Cloud Constellation and eightyLEO. Japan-based Sky Perfect JSAT mentioned an interest in creating an “information provision business” using LEO satellites on May 12 in its fiscal year 2015 earnings results briefing, and other Non-Geosynchronous (NGSO) activity has ramped up, including SES taking majority ownership of Medium Earth Orbit (MEO) operator O3b Networks, and Russian Satellite Communications Company (RSCC) pursuing High Elliptical Orbit (HEO) spacecraft.

LEO telecom has experienced a number of challenges, which Goldberg acknowledged during a panel at Satellite 2016, saying that the majority of such efforts have “mostly ended in tears.” However, today’s resurrected interest comes with greater confidence that technology can perform up to expectations. Regarding the technology most critical for LEO communications systems to master, Smith said the challenge is not all that dissimilar to GEO communications.

“Generally speaking, I think it is about addressing low latency, high throughput while keeping costs down. That’s not really new, however, and is a factor for all satellite telecom businesses. An area that seems to be of interest and represents a technical challenge is networking LEO satellites, say, using optical links,” he said.

Wendling said geostationary satellites are and will be a central component of Telesat, even with LEO. The company currently operates 15 satellites in GEO, along with the Canadian payload on ViaSat 1. Last year Telesat launched its Telstar 12 Vantage HTS satellite, and has two more HTS satellites under construction with SSL for 2018 launches.

“GEO satellites like Telstar Vantage that offer high-throughput capabilities will remain core to Telesat’s mission, but we believe it is worthwhile to look beyond GEO to expand markets and better compete with terrestrial,” he said, adding that Telesat views it as being in its own best interest to make sure its LEO constellation does not cause issues with GEO spacecraft. “Telesat has a strong interest in ensuring the compatibility of our LEO and GEO satellite systems. We have a LEO design that ensures the systems are complementary and provide overall enhanced service offerings without impacting our GEO satellite services. We are confident in our ability to achieve this.”