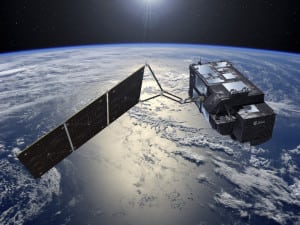 Artist’s rendition of the Sentinel 3A satellite. Photo: ESA

[Via Satellite 04-05-2016] MacDonald, Dettwiler and Associates (MDA) has signed two contracts with Thales Alenia Space for four subsystems to be installed on the Sentinel 6A, 6B, 3C, and 3D environmental monitoring satellites. The subsystems are dedicated to the satellites’ altimetry instruments and provide the satellites with the capability to measure the distance to Earth from the satellite, enabling capabilities such as mapping ocean-surface topography.