XTAR Drawing up Plans for Next Generation Satellites 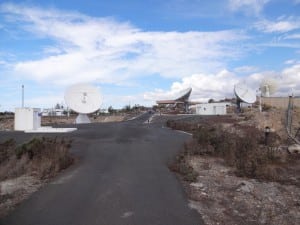 [Via Satellite 02-04-2016] XTAR is in the early stages of planning the replacement satellites for its next generation constellation. The operator’s two spacecraft, XTAR Eur at 29 degrees east and XTAR Lant at 30 degrees west, are now 10 and 11 years old, respectively. As these satellites start nearing their nominal end of life, XTAR is evaluating technology that will not only improve the fleet, but potentially globalize it as well.

Philip Harlow, president and COO of XTAR, says much has changed since the operator launched its existing satellites a decade ago. A growing number of operators are fielding Ka-band and High Throughput Satellites (HTS). New sources of competition have risen as well. XTAR’s focus is exclusively on the government market, and today the company only operates in X band. Harlow told Via Satellite that while the company’s core market will remain the same, XTAR is considering a variety of technologies to better meet demand.

“As we look at the replacement strategy over the next several years, those factors will come into play,” said Harlow. “The success of the business model means as we build and launch these replacement satellites, we are going to have a lot more capacity and capability in the future to serve the applications that have been driving demand — airborne Intelligence, Surveillance and Reconnaissance (ISR), man-packs, mobile and maritime platforms.”

Harlow said XTAR is still just at the beginning of the replacement process. He anticipates issuing a Request for Proposals (RFP) potentially in early 2017 for XTAR Eur, followed by another RFP for XTAR Lant a year later. XTAR is planning several advances with its future satellites, as well. Harlow said the operator wants to be well ahead of the U.S. Defense Information Systems Agency’s (DISA’s) Information Assurance (IA) checklist, which did not come out until after XTAR had already procured its existing fleet. XTAR does meet these requirements today, but Harlow said the company is looking to add new features that customers find desirable to stay ahead of the game.

Harlow said XTAR does not feel the need to add HTS to its fleet today. Adding loads of small spot beams would require a complex accompanying ground segment, and the company has received favorable feedback from customers regarding the size of its beams today. Harlow said the wide beams XTAR uses make it technically and operationally easier to stay in contact with end users by covering larger areas.

“I doubt it would go all the way to where high throughput satellites are; we simply do not need hundreds of transponders on our satellites. We feel that the current 12 transponders we have on [XTAR Eur] will double, maybe triple, but certainly no more than that,” he added.

Regarding future technologies, Harlow said he would like to see greater ability to dynamically switch transponders between beams to match capacity to areas with surging demand. Telemetry encryption is something he also said XTAR will definitely be including. Harlow is less interested in beam-shaping antenna systems, but does describe electric propulsion as a potential game changer.

“I am very excited about electric propulsion. I think that takes us away from relying on the fuel on a satellite to now being dependent on how good your electronics are. If you can put a satellite up that doesn’t need much fuel for station keeping, now the end of life of your satellite is based on how long do your electronics last,” he explained, adding that geostationary satellites could last around 25 years compared to today’s typical 15 to 18 year lifespans.

XTAR is also considering hosted payloads as a potential avenue. The operator already hosts a payload on XTAR Eur, and XTAR Lant itself is a hosted payload on Spainsat. Harlow mused that hosted payloads could be a means for XTAR to reach global coverage, which is a growing priority for the company.

“We are very comfortable with exploiting the hosted payload model to expand our coverage and we’ve actively been looking for the right business case for Asia Pacific as an example. The Americas is also one of those regions, and as we near the replacement mark: Do we want to stay at 30 west? Or do we go for a hosted payload further west than that to make sure we have Hawaii to East Coast coverage?” he said.

Additionally, the company could also expand beyond X band with its future spacecraft.

“XTAR is focused on serving the government market in government frequencies, so X band will remain the mainstay of what we do, [but] we do have access to the military Ka-frequencies at 29 east,” explained Harlow. “We are examining the other frequency bands that are attractive to the military, such as Ultra High Frequency (UHF), Very High Frequency (VHF), maybe even the Extremely High Frequency (EHF) band. We would look at those frequency bands first. If there is a compelling reason for us to do something else, then that will be a slightly different business case.”

Augmenting X-band coverage with military Ka would be the easier method, according to Harlow, but he cautioned that XTAR’s move would be guided by the business case. He said it was about three years ago that the company persuaded its owners, Loral Space and Communications and Hisdesat, that the “sweet spot” for X band is with small antennas, mobile platforms, High Data Rates (HDR) and tough environments where dust and rain can cause interference in other bands.

Harlow said XTAR made it a priority over the last five years to diversify away from the war dividend from U.S. Department of Defense (DoD) activity in Afghanistan and Iraq. This included working in different areas and with different allied governments.

Harlow listed three areas as of growing demand today. First, is the Caribbean and the northern part of South America, where satellite is needed for efforts to address drug trafficking, illegal immigration and maritime surveillance, among other things. Next, is North Africa and the Near East, where military responses to ISIS are scaling demand, along with the immigration crisis. Third, is Eastern Europe, with the North Atlantic Treaty Organization (NATO) looking east due to the events in Ukraine. Harlow also said the South China Sea is an area where there is demand, stemming not just from territorial disputes, but also areas such as piracy.