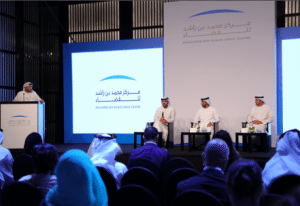 [Via Satellite 01-07-2016] Dubai’s Mohammed Bin Rashid Space Centre (MBRSC) has announced the final design completion of the KhalifaSat Engineering Model in addition to the software and systems within the satellite. This is the penultimate step prior to the manufacturing of the Flight Model of KhalifaSat, scheduled for launch in 2018 on Mitsubishi Heavy Industries’ (MHI) H-IIA launch vehicle. In addition to the Flight Model of KhalifaSat, Emirati engineers will commence the development of the ground station programs that will manage all post launch communication with the satellite.

The KhalifaSat project includes seven space innovations ranging from enhancements to the digital camera with an enhanced light meter for better image resolution, developing techniques to increase image download and communication speed with the satellite anywhere in the world. Further enhancements include the development of satellite positioning techniques that allow capturing a higher number of 3-D images, target positioning system which makes the satellite one of the best satellites in the world that provide high-quality images, with high-speed response and an accurate location system. KhalifaSat innovations also include the development of automatic satellite control system through upgrading the primary satellite computer’s operating system and increasing its storage capacity.