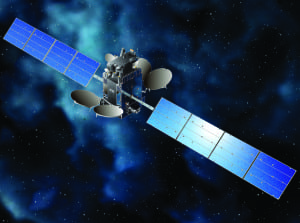 [Via Satellite 10-21-2015] Space Systems/Loral (SSL) confirmed Oct. 20 that the company received a contract to build the joint satellite Azerspace 2/Intelsat 38 for Azercosmos and Intelsat, respectively. The satellite will be based on the SSL 1300 bus, and is planned for launch in 2017.

SSL won the satellite order after the contract fell through with Orbital ATK, which cited the absence of Export Credit Agency (ECA) resources following Ex-Im Bank’s authorization lapse as the reason the deal collapsed. Although it is a U.S. company, SSL is owned by Canada’s MacDonald Dettwiler and Associates (MDA).

Azerspace 2/Intelsat 38 will be located at 45 degrees east. For Azercosmos, the project is its second telecommunications spacecraft, and will expand on the current capacity of Azerspace 1. The satellite will support growing demand for DTH, government, and network services in Europe, Central and South Asia, the Middle East and Sub-Saharan Africa.

For Intelsat, the satellite will provide continuity of service for the Intelsat 12 satellite currently stationed at 45 degrees east, an orbital location which hosts DTH platforms for Central and Eastern Europe as well as the Asia-Pacific region. Intelsat 38 will also provide connectivity for corporate networks and government applications in Africa.

As part of the agreement, MDA will also provide knowledge transfer cooperation related to radar Earth observation directly to Azercosmos.