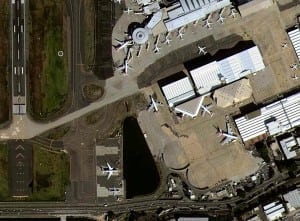 The DMC3/TripleSat satellites are based on the 450kg SSTL-300S1 series platform, which provides 45 degree fast slew off-pointing and is capable of acquiring multiple targets in one pass using multiple viewing modes. Phased 120 degrees apart in a 651km sun-synchronous orbit, the constellation can target any place on Earth at least once per day.

Twenty First Century Aerospace Technology (21AT), a commercial Earth observation satellite operator based in Beijing, purchased 100 percent of the imaging capacity of the three satellites for seven years. The company has an agreement with SSTL for satellite platform services for the constellation. SSTL has already manufactured a fourth SSTL-S1 Earth observation satellite for another customer and has a production line ready to deliver further satellites of this type. In agreement with 21AT, future satellites may have the opportunity to join the TripleSat constellation.