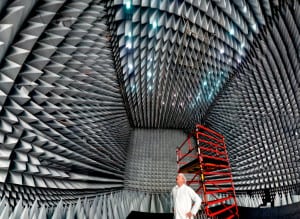 [Via Satellite 07-17-2015] Satellite manufacturers will build more than 430 communications satellites between now and 2024, reaching an estimated production value of $60.2 billion, according to new research from Forecast International. The firm’s new report, “The Market for Commercial Communications Satellites,” finds that demand for telecommunications services from new and existing users coupled with new technologies, such as electric propulsion and high throughput beams, will propel the satellite industry in the years to come.

Forecast International covered 61 satellite production programs in the study, and concluded that Space Systems/Loral (SSL), Airbus Defence and Space, Boeing, Thales Alenia Space, and Lockheed Martin will be among the top manufacturers over the next decade. These companies are forecast to garner a combined $23.3 billion in commercial communication satellite sales over the next 10 years, accounting for a market share of about 40 percent.