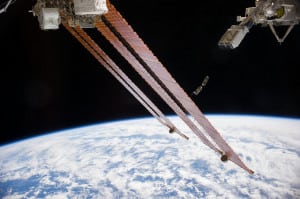 [Via Satellite 06-16-2015] Northern Sky Research (NSR) forecasts the launch of more than 2,500 sub-100-kg satellites during the next decade, according to the firm’s latest report, “Nano and Microsatellite Markets, 2nd Edition.” According to NSR research, activity in this segment will generate cumulative revenues that exceed $4.7 billion in manufacturing and $1.2 billion in launch services by 2024.

“The rise of Big Data has triggered new demand for frequent revisit and high volume measurements, as well as global coverage for remote connectivity and comprehensive tracking. While not all of the currently announced constellations will be fully realized, the many in development and low deployment costs will enable several to become operational,” commented Carolyn Belle, NSR analyst and the report’s lead author. “Known players will gain a first-mover advantage that will be difficult to compete with, but new endeavors will continue to emerge and rely on new technology to target untapped end-user markets.”

NSR expects more than half of launches will be fueled by constellation deployment and replenishment, with North American companies leading the way. Future SmallSat operators include new and experienced companies, government agencies, militaries and academia for purposes such as Earth observation, situational awareness and more.

NSR notes this class of satellites saw a nearly doubled launch rate compared to 2013, and a tripling of the number of unique operators compared to five years ago. The research firm expects continuing investment from non-traditional sources, such as venture capital, will help mature burgeoning launch capabilities and further small satellite activity.