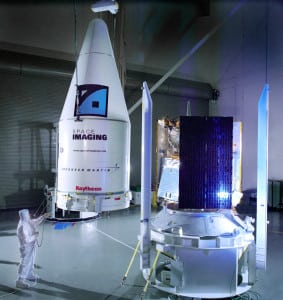 [Via Satellite 05-19-2015] DigitalGlobe retired its IKONOS commercial imaging satellite on March 31 after a service life that exceeded 15 years. The satellite launched on September 24, 1999 and performed for more than double its original design life.

Built by Lockheed Martin, IKONOS captured more than 400 million square kilometers of Earth imagery, an amount greater than 40 times the landmass of the United States. DigitalGlobe’s next satellite, WorldView 4, is currently under construction by Lockheed Martin. The high-resolution imagery satellite, slated to launch in 2016, is designed to provide multispectral imagery to commercial, government and international customers.