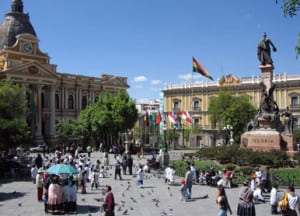 [Via Satellite 05-01-2015] Advantech Wireless has successfully completed a live demonstration of its cellular backhaul LTE Solution in Bolivia with its next generation VSAT modems and hub. The company conducted the demonstration to homologate its satellite platform with the LTE eNodeB from one of the major vendors of cellular equipment, paving the way for rural broadband coverage implementation in the country.

The test and deployment were made in C band and working with the Bolivian Satellite Tupac Katari. This demonstration was completed one week after the first satellite LTE connection was successfully installed.