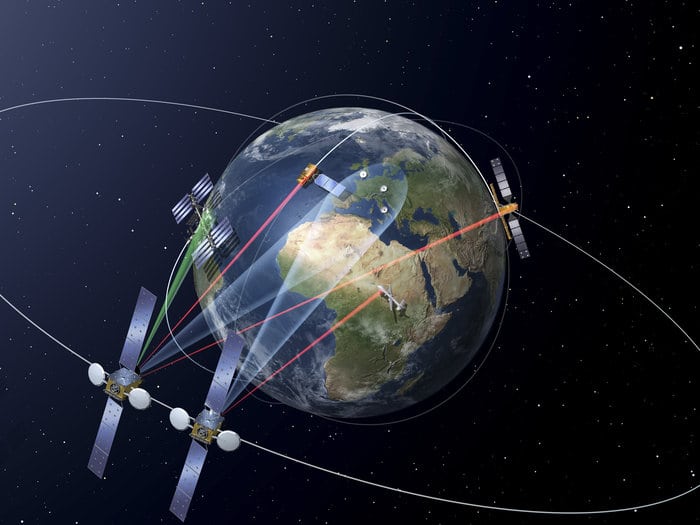 [Via Satellite 01-30-2015] Following the successful test campaign of the first multigigabit optical intersatellite link between the Copernicus Sentinel 1A and Alphasat satellites, the European Space Agency and Airbus have entered a partnership to complete the full European Data Relay System (EDRS). This test campaign paved the way for an entirely new approach of delivering data, with space systems becoming part of the global “big data” challenge.

The EDRS system consists of the first payload, EDRS-A, to be launched by mid-2015 on the Eutelsat 9B satellite, followed by a satellite, EDRS-C. The EDRS-C satellite, based on a SmallGEO platform from OHB Systems AG, will also carry Avanti’s Hylas 3 telecommunications payload.

The positioning of the two EDRS payloads on the geostationary arc offers near-realtime transmission of, for example, Earth observation images to the ground at high speeds.