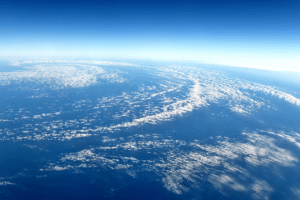 [Via Satellite 01-08-2015] Commercial weather company Tempus Global Data has signed a joint operating agreement with Ball Aerospace for the manufacture of six hyperspectral atmospheric sounding sensors based on the Sounding and Tracking Observatory for Regional Meteorology (STORM) instrument. As prime contractor, Ball Aerospace will build the constellation of six hosted payload sounders, and may also build two additional sensors to be deployed as free-fliers.

Utah State University built the STORM instrument, and the university’s space dynamics lab will provide critical support Ball Aerospace for the build out of the sensor. The university will also process all data from the STORM constellation to level 1b data.

“Part of our mission is to improve the accuracy of weather forecasting and this feels like an apex of those efforts. The STORM sensor was developed in conjunction with the U.S. Government’s [Geostationary Imaging Fourier Transfer Spectrometer] GIFTS program and can lead the way in powerful new approaches to weather data and forecast modeling,” said Scott Hinton, CEO of Utah State University Science Foundation.