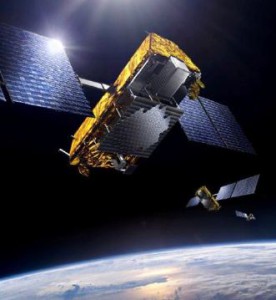 [Via Satellite 01-07-2015] The Iridium NEXT platform software, developed by prime contractor Thales Alenia Space with contributions from Selex Galileo, has completed the first testing phase. Designed to handle all flight functions, such as attitude control, solar array positioning and navigation, the test was one of three to be completed ahead of the first Iridium NEXT launch this year.

The next two testing phases will focus on systems integration and added functionality for greater autonomy to operate and recover from anomalies. The software platform for Iridium NEXT has functionality similar to the software on Iridium’s existing satellites to enable autonomous recovery from on-orbit issues. According to the company, this feature is better than leaning on ground intervention that could result in lost satellites.

“This milestone reinforces the stability and dependability of the Iridium NEXT satellites as we move closer to launch,” said Denis Allard, VP program manager for Thales Iridium NEXT. “The rigorous and lengthy testing process helps verify that the satellites will perform as planned, and will provide dependable service to the network for years to come.”

Iridium NEXT consists of 66 satellites with a number of in orbit spares. The first two satellites are planned for launch aboard a Kosmotras Dnepr rocket, followed by seven launches of 10 satellites at a time aboard SpaceX Falcon 9 rockets.