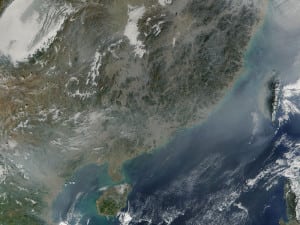 [Via Satellite 12-31-2014] The country of China has been entirely mapped in High Definition (HD) by satellite, according to the Chinese National Administration of Surveying, Mapping and Geoinformation. China began photographing the country at a level that can clearly image objects smaller than one meter by satellite in 2012. As of 2014, the compiled imagery covered the entire land territory of the country.