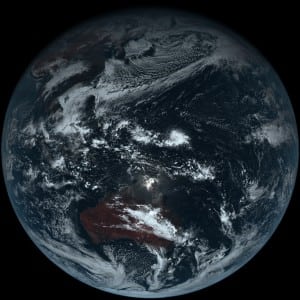 [Via Satellite 12-29-2014] The Japan Meteorological Agency has released the first images from the Himawari 8 geostationary weather satellite, which launched Oct. 7, 2014 aboard an H2A rocket. Mitsubishi Electric built the satellite using the DS2000 platform.

The Himawari 8 spacecraft is slated for operation by mid-2015. Between then, the satellite will undergo testing and checking of in-orbit systems and ground facilities.