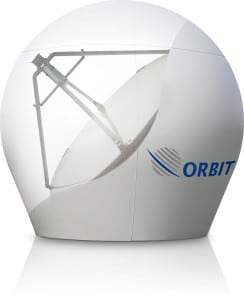 [Via Satellite 09-30-2014] Orbit Communications Systems has been awarded a $725,000 contract to upgrade a ground station in Alaska for a U.S.-based system integrator. To reduce downtime, the company is performing the upgrade with its Pedestal Interface Unit (PIU) to accelerate the shift from a government analog system to digital without needing to replace the legacy pedestal.

Orbit’s project includes a dual-band antenna assembly, and the solution being provided can replace the S-band feed currently in use with dual S- and X-band auto-tracking equipment. According to Orbit, this boosts the functionality to that of two antennas.