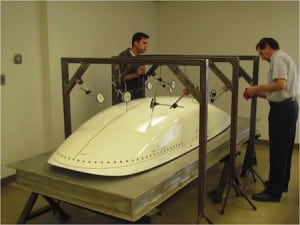 [Via Satellite 09-17-2014] Communications and Power Industries (CPI) provided a quad-band satellite communications radome to ViaSat in support of the company’s recent flight demonstrations using an integrated Ku-band and Ka-band airborne satellite terminal. The hybrid Ku-/Ka-band terminal and radome enable roaming between beams for In-Flight Entertainment and Connectivity (IFEC) and other services to both commercial and government customers.

According to CPI, the demonstration proved that ViaSat terminals could effectively switch between Ku-band and Ka-band frequencies among six satellites and three satellite networks when using a radome from the CPI Radant Technologies Division. The company reports its quad-band radome has been in production for several months, and the first deliveries have been completed. CPI is continuing to work on the radome in Stow, Mass.