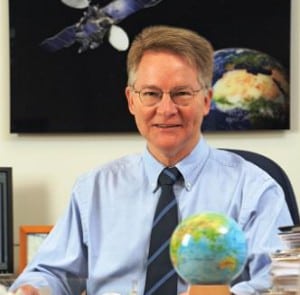 [Via Satellite 09-11-14] Orbital Sciences Chairman, President and CEO David Thompson told World Satellite Business Week (WSBW) delegates in Paris that he was unsure about the immediate prospects for the hosted payload market.

“If you asked me about the potential for the hosted payload market one to two years ago, I would have said it was high; but, now I say limited. And that is disappointing for me. The potential has diminished,” Thompson said.

All the panelists’ agreed that the demand for more flexible satellites in terms of payload and frequency band was the number one factor driving the market.

The panel focused on a number of elements of the satellite manufacturing market from High Throughput Satellites (HTS) and electric propulsion, to the potential of small satellites. Eric Béranger, head of space systems programs for Airbus Defence & Space, told the attendees that out of the 13 commercial satellites the company had in backlog, nine of them have an HTS element. In terms of electric propulsion, Béranger added that over the next few years, 50 percent of the possible orders could use something electrical, either fully or hybrid.

Jim Simpson, president of Boeing Satellite Systems International, stressed that the cost savings from lighter launches is a top benefit from electric propulsion. He said he believes the market is developing in a number of ways.

“Electric propulsion is great if you can go to an economical launch system. If you are able to take advantage of the launch system, the fundamentals are really exciting,” he said.

In terms of hosted payloads and small satellites, Simpson added, “How small satellites are going to evolve is still to be decided, but I think there are some good opportunities. The biggest issue around hosted payloads is that the U.S. government is saying they want to be very commercial, but as buyers are not really attuned to buying them.” Simpson still felt there was a strong opportunity for Boeing and, unlike Thompson, he was more positive overall for the prospects of the hosted payload market.

Michael Hamel, VP and general manager of commercial space at Lockheed Martin, agreed with Simpson in that the cost of launch services has now become a key part of the equation when looking at the overall cost of buying and getting a satellite into space. He said Lockheed Martin would concentrate on the market for bigger satellites saying that the potential for small satellites was “limited.” More than half of the Request for Proposals (RFPs) Lockheed Martin has received from the commercial arena have an HTS element to them. Hamel believes the world’s “insatiable” demand for broadband will continue to fuel the need for these satellites.”

The growing demand for HTS was center to the whole panel discussion. Jean-Loic Galle, CEO of Thales Alenia Space added that he thought that 50 percent of RFPs containing an HTS element will happen in the near future. And John Celli, president, of Space Systems Loral (SSL), told the conference that, as the broadcast world moves toward more Ultra-HD content, this will be another factor that will boost the overall satellite manufacturing market.