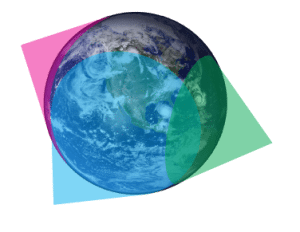 According to Laser Light, at 12 satellites the optical constellation should provide 6 terabytes of data per second at 200 gigabits per second in both directions. The new system is expected to integrate seamlessly with existing ground service networks, and will use multiple downlink locations to avoid atmospheric interference or other interruptions.

“Ball’s selection for the contract concludes a 15-month competitive process that vetted 24 global firms to validate that a global, laser communications constellation could be built and deployed cost-effectively, without sacrificing performance or schedule,” said Robert Brumley, senior managing director of Laser Light Communications.

Ball Aerospace has already manufactured laser terminals in the past for space-based missions as well as other projects. The company’s latest laser project was a risk reduction analysis for the U.S. Department of Defense (DoD) Transformational Satellite program, evaluating military OSS capabilities.