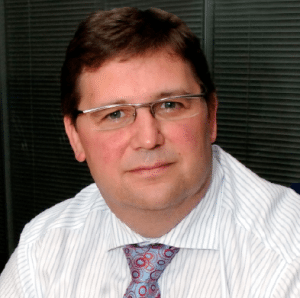 [Via Satellite 08-04-2014] Surrey Satellite Technology Ltd. (SSTL) CEO Matt Perkins is confident that applying Commercial Off The Shelf (COTS) technology to satellite will continue to revolutionize satellite design over the next decade. Already a key practice at SSTL, Perkins told Via Satellite that as more companies adopt this approach it will continue to accelerate industry development, especially in small satellites.

“Whether it’s becoming the norm or not, it’s still a game-changer,” he said. “Commercial consumer technology still has huge amounts of money invested in its development — billions of dollars thrown at it — and not just on the technologies themselves but on the manufacturing processes used to generate the technology. Then many users around the world are testing that technology on a daily basis.”

The satellite industry is generally risk averse — and justifiably so. The assets, once put in space, are difficult to repair. While in-orbit servicing and repurposing technologies are on their way, gambling with multimillion-dollar spacecraft is not the average satellite executive’s first choice. Consumer devices, such as smartphones, benefit from extensive consumer use, effectively validating hardware that can then be applied to the satellite industry.

SSTL prides itself on adapting COTS technology to work in space. The reliability from these proven systems is an effective way to cut costs and has been a long-term practice for the company. A trend, according to Perkins, is small satellites, or SmallSats, growing both increasingly larger and increasingly smaller at the same time. SSTL is designing future satellites to keep up with both of these development routes.

“We offer increasing performance within a standard package size and we maintain a constant price. So our standard entry offerings will get more capable, but our price will stay the same, and the size will stay the same,” he said. “And then we have the second stream, which is where we are maintaining a level of performance but reducing the physical package and offering a reduced price for that performance as well. So we are going in both directions, and it’s applications which drive us to do both simultaneously.”

The strongest driver for small satellites is Earth Observation (EO), where newcomers such as Planet Labs, Dauria Aerospace and Google’s Skybox Imaging are all investing in large constellations. Perkins said EO is a top market for SSTL customers, and that applications are improving to the point where small spacecraft can deliver resolutions into the sub-meter range. The company recently signed a deal with the Algerian Space Agency for an EO satellite, and in June witnessed the launch of KazEOSat for Kasakhstan.

“SmallSats are increasingly heterogeneous; the application is definitely a driver,” adds Stéphane Gounari, senior analyst at Northern Sky Research. “Communications tends to drive the mass up (need power) while Earth observation satellites (optical but also [Synthetic Aperture Radar] SAR) are enjoying the effects of the commoditization of the sub-systems and the payload. A wide array of SmallSats are now available for EO applications, corresponding to a wide range of capabilities.”

Perkins expects consumer technology to continue to have an effect on lowering the cost of satellites. Replenish cycles, which normally are not very rapid, could see improvement through easy access to proven, heavily researched equipment. SmallSat constellation operators in particular are keen on frequently improving satellite designs, since satellites in Low Earth Orbit (LEO) typically have shorter lifespans and require higher refresh rates than those in Geostationary Orbit (GEO). Greater use of COTS technology is a necessary step, according to Perkins, in reducing the cost of satellite manufacturing.

“There will be new technologies created over the next 10 years, particularly driven by the consumer markets. We are expecting, at SSTL, that those will be going into the new satellites systems and infrastructure up in orbit. We will be doing it and we believe a much wider range of companies who provide infrastructure will also be doing the same thing,” he said.