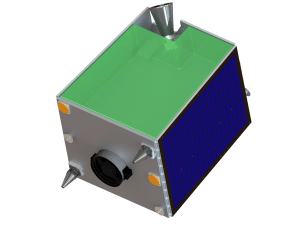 [Via Satellite 07-31-2014] SSTL subsidiary Surrey Satellite Technology US announced it is pursuing a second Orbital Test Bed (OTB) mission for 2016. The first OTB mission, also planned for 2016, is slated to carry payloads from NASA, the Air Force and others to test technologies in space.

“As soon as we closed the OTB manifest, we opened discussions on payload ride-sharing contracts for OTB-2,” said Doug Gerull, COO, SST-US. “Many government and commercial organizations are developing advanced satellite technologies that need to be rapidly space-qualified before they can fly on operational satellites.”

SST-US plans to test its own experimental optical payload on this mission, as well as other payloads from customers. Both OTB missions are based on the SSTL-150 satellite bus, and are being worked on at SST-US’ Englewood, Colo. satellite facility. SST-US will own and operate the OTB-1 and OTB-2 satellites.