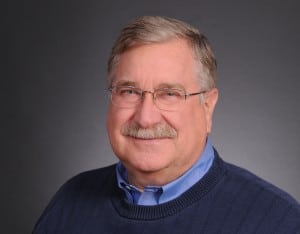 [Via Satellite 06-11-2014] Kymeta is now transitioning toward mass-producing its meta-material-based antennas. Speaking at the Washington Business Space Roundtable event, Vern Fotheringham, CEO of Kymeta, announced a partnership with Sharp that will enable the company to begin the large-scale production of its antenna products.

“We’ve entered into a strategic relationship that will be able to see these antennas manufactured on existing assembly lines that can build millions and millions of them very cost effectively,” said Fotheringham. “So that will be our phase two of this company as we go from the hundreds, to the thousands, to the tens of thousands and then immediately jump up to the ability to address markets that require and demand of us millions of unit volumes.”

Fotheringham added that initial product rollouts will likely take place at SATELLITE 2015. Mass production is scheduled to begin in Q3 or Q4 of 2017. The first commercially available antennas will be in Ka-band but, in general, the technology is agnostic to spectrum. Fotheringham explained that the antennas work for any frequency greater than 10 GHz, or X-band and above. Based on the nature of the antenna, the higher the frequency, the more efficient it becomes. He mentioned it would be possible to consider some “postage-stamp-sized antennas” in the future.

Kymeta’s portable Ka-band satellite terminal is roughly the size of a large laptop. The company is continuing to test out its technology with commercial partners this year. One of the metamaterial antenna’s top value propositions is that it eliminates the need to move in order to track satellites. The three modes of application today are beam lock, instantaneous switching and continuous tracking, the latter of which is scheduled for a demonstration this September with O3b Networks.

“One of O3b’s primary market segments is cellular backhaul, because with lower altitude satellites the latency is lower and they are able to offer a higher quality of service for the voice-centric service,” said Fotheringham. “But historically they required a very large and cumbersome installation to track the two satellites and make that return path.”

Kymeta is working on the ground for now, but Fotheringham said that the next step is to add the antennas to satellites themselves. The increasing growth of small satellites is fueling this market opportunity, as those that use a high gain antenna are typically either mechanically steered or use a high consumption phased array.

“Anything that is mechanically steered on a satellite is going to create orbital perturbations; it’s a pain to deal with, and is going to shorten the life of the satellite,” said Fotheringham. “With a no-moving parts software-defined antenna, we think inter-satellite links and backhaul for high bandwidth sensors that currently are suffering with finding enough bandwidth to downlink the resolution is a real breakthrough. We’ve got several conversations going in the industry today to bring our products into orbit.”

Simplifying the antennas for Low Earth Orbiting (LEO) and Medium Earth Orbiting (MEO) satellites could enable larger constellations. Moving antennas increase the cost of tracking these satellites. In a follow-up question Fotheringham told Via Satellite that this was directly related to the challenges for former behemoth-sized non-geostationary constellation ideas such as Teledesic. This is undoubtedly something Google has thought of should they work to build a large telecom constellation following its purchase of Skybox Imaging.

“We’ve had an informal acquaintance with Google now for a long time. Google is a shareholder of O3b and we are on track to do a technology demonstration with O3b, so in that indirect way, they are very aware of us,” said Fotheringham.

While discussing markets, Fotheringham said Kymeta has seen considerable interest from yachting companies, airlines and automobile manufacturers. Direct-to-Home (DTH) players generated unexpected interest as well. DirecTV is reportedly interested in the technology because the user can install the antennas, eliminating the need for truck rolls and potentially reducing customer churn. Kymeta anticipates bringing satellite back into greater competition with terrestrial connectivity, should its antennas open up markets as the company hopes.