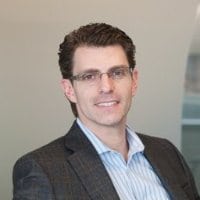 [Via Satellite 02-04-2014] Iridium today announced the launch of three new products: Iridium BURST, Iridium GO!, and Iridium Pilot Land Station. The products, while released in the same time frame, focus on different sections of the satellite communications industry. The new products include a portable satellite hotspot, a high power broadcast service, and a communications solution for maritime, aviation and terrestrial customers.

“Iridium has a very innovative group of designers, product managers and engineers as well as people who take a look at the markets that we serve in satellite communications, and our objective is always to ensure that we create new, effective and efficient products that are differentiated from our competitors in order to grow the satellite communications space and give better and different capabilities to those end users,” said Joel Thompson, VP of product management at Iridium.

Iridium currently has 66 satellites in low-Earth orbit around the planet to power these new releases.

Iridium GO! is the company’s new portable satellite hotspot. With the ability to connect to any smartphone or tablet in the market, Iridium GO! provides voice and data coverage for personal devices when they are out of range of cellular networks, similar to Globalstar’s Sat-Fi and Thuraya’s SatSleeve.

“Because it’s a product and a platform, Iridium GO! is going to meet a very wide number of users from consumers to corporations and governments,” said Thompson. “We’re bringing that functionality and capability that you know and love in your smartphone to satellite communications, and I think that is going to be game changing for the market.”

Iridium GO! can be attached to up to five different phones or tablets at a time, and with a Wi-Fi range of up to 100 feet, the customer doesn’t need to have the product on their person to be able to use it. 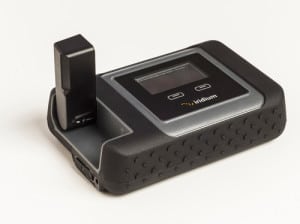 “One of the key challenges that satellite communications has is that they need a direct line of sight to the satellite, which means most of the time if you want to make a phone call, you’re out in the elements, you’re out in the cold, wind and rain, but Iridium GO! has a level of durability that’s called IP65, so it makes it nearly impervious to dust, water and shock and vibration,” said Thompson.

Iridium Burst is the company’s global data broadcast solution that allows enterprises to send data to an unlimited number of devices anywhere on Earth. According to Thompson, one of the solution’s key benefits is that it is a “burst of power,” hence its name. With Iridium Burst, the message comes off the satellite at nearly four times the speed that messages are currently sent, allowing the message to be received anywhere without the help of an antenna, he said.

Iridium Burst was designed for businesses, government agencies, militaries and other similar organizations to track impending weather and traffic alerts with over-the-air updates and other machine-to-machine (M2M) applications. Iridium Burst is also designed as a receive-only device that does not emit any RF signals, a feature that will benefit agencies that require covert operations. This new release can be used with alert networks, command and control centers and also for maritime distress signaling.

According to Thompson, one of the key issues with satellite communications in maritime is safety of life at sea, or SOLAS. Iridium Burst is designed to work with the existing distress signal in the maritime industry, Global Maritime Distress and Safety System (GMDSS). Iridium has put in an application to be GMDSS certified to be able to use Iridium Burst for this purpose.

With the launch of Iridium Pilot Land Station, the company is essentially expanding the reach of its Iridium OpenPort service from maritime and aviation customers to terrestrial users as well. This allows users in off-the-grid locations to access Internet and voice calling at all times. The Iridium Pilot Land Station can be installed in either a fixed location or mounted on a vehicle, and provides pole-to-pole coverage, broadband data speeds and independent voice lines for simultaneous voice and data communications.

The station can be used for disaster recovery, remote education, business continuity and exploration.

“We are doing this to be able to give our customers the ability to purchase a much more cost-effective broadband service in the terrestrial space that is available today,” said Thompson.

According to Thompson, Iridium’s biggest priorities for 2014 are to get these products launched in the marketplace, and also to begin the final stages of Iridium Next — a program that will replace all Iridium satellites currently in orbit in the next three years. This $3 billion program will begin launching satellites next year, and Iridium has selected the SpaceX Falcon 9 rocket to launch the satellites.