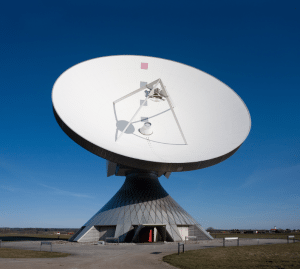 [Via Satellite 01-28-2014] Two frontrunner organizations in interference mitigation — the Radio Frequency Interference End User Initiative (RFI-EUI) and the Satellite Interference Reduction Group (IRG) — have decided to join forces in order to better meet mutual goals. Under this new arrangement, the RFI-EUI will operate under IRG and will be chaired by Roger Franklin the CEO of Crystal Solutions, and George Melton, director of engineering at Teleport, Turner Broadcasting Systems.

A primary goal of the merger was to make sure RFI-EUI is still able to accomplish the tasks it did before by leveraging the strength of the volunteer community.

RFI-EUI was set up in 2011 to get the satellite industry involved with Carrier ID, documentation, best practices and training for interference reduction. Based on both group’s mutual interests, and the work they had already done together, it became apparent that these ambitions could be better accomplished under the same name.

“IRG is now its umbrella organization and simply acts as a hub for them to be based on,” Martin Coleman, executive director, IRG told Via Satellite. “We had already done web and public relations support for the group, but our main aim was to merge because we are very much joined at the hip with implementing Carrier ID globally. You’ve got this voluntary group, and what we’ve done is given it an umbrella; some structure and an advisory committee. Basically EUI is still doing the same job with the same people.”

As a part of the IRG, the RFI-EUI will now receive a budget, which will enable it to do more than previously possible as solely a volunteer organization. RFI-EUI’s inclusion is expected to bolster end-user support, adoption and implementation of Carrier ID activation over the next few years for all video transmissions.

“Getting people to commit and to adopt and implement Carrier ID, especially for the broadcast community, is one of the things that lead to this merger,” said Dick Tauber, co-chair of RFI-EUI. “The deadline we set up is January 2015 for new created services, and January 2018 for existing services.”

Centralizing the efforts to have a larger impact, was also one of the reasons, according to Rich Wolf, RFI-EUI’s other co-chair. “We want to do everything we can from a workflow and process way to get the industry behind satellite interference mitigation. We’re joining forces so that our common purpose can be more coordinated,” he said.

The combined groups will is focused heavily on bringing broadcasters together and showing them how to implement the technology needed to prevent interference both intentional and unintentional. In some cases, noise is caused inadvertently, whereas others are subject to deliberate meddling. RFI-EUI will play on its strength in the broadcast industry, while IRG will focus more on creating and teaching about the technology needed to operate efficiently.

“It’s not just about the money it’s about people,” said Coleman. “Forty-three people made Carrier ID happen. That’s how many made it go from nowhere to somewhere.”

The big coming out party for this combined effort will be at the SATELLITE 2014 Conference & Exhibition, says Tauber. “We’re putting together what we are going to call a Carrier ID tour at Satellite 2014 in D.C. We’re hoping to repeat that at CommunicAsia in Singapore, and another one at IBC in Amsterdam. We’re going to take Carrier ID on the road,” he added.