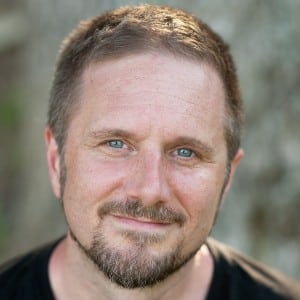 [Via Satellite 01-14-2014] Tethers Unlimited (TUI) is testing a new propulsion method that stands to greatly improve access to, as well as the capability of CubeSats. The thruster, called Hydros, is the company’s newest product, and it has already received interest from a variety of markets. Last month the United States Air Force signed a contract with TUI for two Hydros thrusters to be used in an undisclosed mission. What makes the Hydros thruster so special is its nontoxic, unpressurized fuel: water. Having recently completed vacuum testing, the thruster is set for an additional battery of tests preceding an in-flight demonstration.

“The Hydros thruster can provide both high thrust levels (up to 1 Newton) and very good specific impulse performance (up to 300 seconds), so it is advantageous for missions that require both orbit agility and large total delta-V,” Robert Hoyt, CEO of TUI, told Via Satellite. “Compared to the monopropellant thrusters other organizations are developing, our analyses indicate it can provide more delta-V per mass and volume for CubeSat missions requiring more than 100 meters-per-second of delta-V. Compared to the electric propulsion technologies in development, its higher thrust can provide more delta-V per orbit.”

The Hydros thruster uses electrolysis to turn water into rocket fuel, greatly reducing the risks frequently associated with fueling and allowing TUI to bring down costs for satellite builders and operators. This combination of clean fuel, lower costs and improved efficiency has attracted attention from customers in the military, the commercial sector and especially academia. According to Hoyt there are multiple reasons for this interest.

“First, the use of water as propellant eliminates the handling and certification challenges associated with hydrazine and many other propellants, so it is very well suited for programs where students will be handling the hardware,” he explained. “Second, its ability to provide both high thrust and fine impulse bit propulsion make it useful for missions requiring orbit agility as well as precise station-keeping. Third, since its water propellant is already ‘man-rated’, it will be an excellent choice for ISS-launched CubeSats. I hope someday to demonstrate true ‘in-space’ fueling by having one of our astronauts ‘tank up’ a HYDROS thruster aboard the ISS!”

Users of the Hydros thrusters will likely make use of NanoRack’s Smallsat Deployment Program, so the component has been designed to handle such launches. After release from the ISS, Cubesats equipped with the new thruster will enable missions with longer durations, according to Hoyt. Regarding primary launches, it will also bring costs down by eliminating the risk to primary payloads and associated personnel. Making use of water was seen as the means to address such concerns. TUI has designed the thruster to work in a variety of conditions, including if the fuel freezes before use.

“Ideally, the satellite will be designed with passive thermal control and/or a small heater to keep the Hydros system above the freezing temperature,” said Hoyt. “However, we have performed testing in which we have frozen our microgravity electrolysis cell, and demonstrated that it still works, and will actually heat itself back up above freezing. In future work we intend to integrate additional valving and nozzle ports so that the Hydros propulsion module can also provide attitude control functions with a very minimal increase in system mass and volume. This will be particularly interesting for deep space CubeSat missions, where the magnetic torque coils typically used in CubeSat systems do not work.”

The Hydros thruster is currently at Technology Readiness Level 4, and still requires more testing prior to reaching higher levels. TUI’s recently completed vacuum chamber testing needs to be repeated with flight control software, which is still being evaluated. That will boost Hydros to TLR 5. Environmental testing will mature it to TLR 6 by summer 2014 if all goes according to schedule, and will pave the way for flight-testing. Once complete, the thruster will enable more versatile CubeSat missions around Earth, as well as other celestial bodies.

Test firing of the Hydros thruster in a vacuum chamber. Photo: TUI

“We saw using electrolysis of water to produce hydrogen and oxygen for a thruster as a way to not only provide high thrust and excellent specific impulse with a non-toxic, non-explosive propellant, but also as a step towards enabling a future space transportation infrastructure that can use a resource that is available on Near Earth Objects, the moon’s polar craters, and Mars,” said Hoyt.