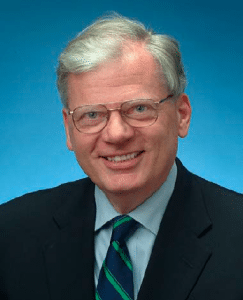 [Via Satellite 12-19-13] Yesterday SSL celebrated its 50th satellite built for Intelsat. As one of the oldest satellite manufacturing companies in the world, SSL has a strong grasp on the direction of the industry.  In 2013 the demand for the kind of GEO commercial satellites that SSL builds has been strong.  However, spending cuts by the U.S. federal government have had an impact on government acquisition of space systems.  One of the reasons for the recent merger of SSL and MDA was to gain a stronger foothold in U.S. government markets.

“Everybody knows the lack of funding has certainly affected U.S. government programs for satellites, for hosted payloads, and other kinds of activities,” said John Celli, CEO of SSL, in an interview with Via Satellite. “This is true for all. Just about everyone in the satellite industry is accustomed to getting U.S. government programs.  The U.S. government’s needs are there even when funding isn’t. Eventually those funds will have to be revived with certain priorities because the needs need to be satisfied.”

While the government market remains difficult, Celli notes that there is increased opportunity elsewhere, especially in South America. Regional growth and a lack of preexisting infrastructure make the continent, and especially Brazil, a major market. The difficulty of setting up large-scale terrestrial networks also increases the potential for satellite to excel.

Celli expects both broadcast and telecom markets to show continued growth globally. Demand remains constant for the FSS market and for data distribution. Cellular backhaul has become such a driving influence that it has impacted the design of satellites. Though the number of satellite orders is currently not growing much, new satellites are becoming larger and more powerful than their predecessors.

“[We are] always increasing capacity for broadband satellites,” said Celli. “We have one in the factory that will approach 170 Gbs. Demand for this type of satellite is going to increase, as these satellites are required to cover much larger areas of the globe or high-density areas where you need very high capacity.”

Direct-to-Home (DTH) services also contribute to the production of higher caliber satellites. More of this growth, however, is expected to stem from North America before fanning outward. “They are particularly strong in the U.S., and a little less in Europe, which has been typical over the years even if there is going to be increased demand for HD video,” said Celli. “I’m counting on some of the U.S. customers to start selling Ultra-HD 4K systems. They usually tend to start in the U.S. and then they propagate.”

In addition to having more transponders, SSL has also noticed that electrically propelled satellites are starting to take hold. To capitalize on this customer interest, the company is offering more options in its satellite designs. Included in this is an all-electric platform, which does not make use of any chemical propellants onboard the satellite.

“Customers now have multiple options for chemical or all electric, which allows them to launch a much bigger payload on the same rocket, or even launch two satellites on the same launch vehicle,” said Celli. “We’re providing a platform that can use electric propulsion, all electric, hybrid, or chemical that will fit all launch vehicles. If you put all these things together it is a tremendous help to our customer to tailor the choice of a satellite and the launch vehicle to their particular business plan.”