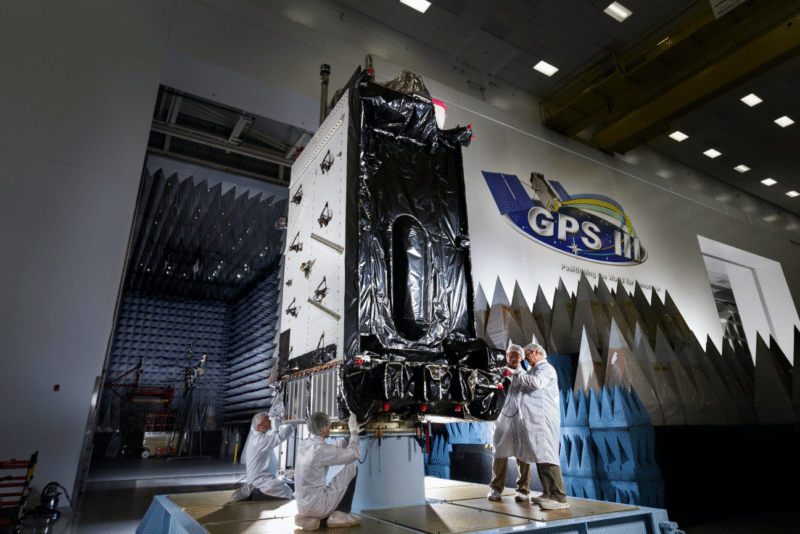 Northrop Grumman opened its fiscal year 2018 on Wednesday with solid results, driven by improved operating performance, lower taxes and a pension benefit, and the company upgraded its earnings outlook for the year. On the earnings call, the company announced it will not bid for the second phase of production for the U.S. Air Force GPS 3 satellite program.

Last week, Boeing said it also would not bid for the GPS 3 contract to build another 22 satellites, which leaves Lockheed Martin likely as the sole bidder.

Wes Bush, Northrop Grumman’s chairman and Chief Executive Officer (CEO), and Kathy Warden, president and Chief Operating Officer (COO), both said on the company’s earnings call that the GPS program is relatively unattractive versus other potential business opportunities. The company has been very clear that it won’t pursue programs, no matter how big, that don’t offer returns on investments in accordance with its criteria. These criteria are “critical to long-term, sustained performance,” Warden said.

Net income in the quarter was up 14 percent to $739 million, $4.21 Earnings Per Share (EPS), from $650 million ($3.69 EPS) a year ago, cruising past analysts’ expectations by 57 cents a share. The pension tailwind was the biggest contributor to the increased bottom line while segment operating profit was up 3 percent and segment operating margin dipped 30 basis points to 11.3 percent. Sales were up 5 percent to $6.7 billion from $6.4 billion a year ago, driven by higher sales of classified aircraft systems. The higher operating income was driven by gains at the Aerospace Systems segment, due to improved sales, and at Mission Systems, also on better sales.

With a lower than expected tax rate now planned for the year, Northrop Grumman raised its earnings guidance by 40 cents to between $15.40 and $15.65 EPS. The pending acquisition of Orbital ATK remains on track to close during the first half of 2018, Warden said.

Free cash flow in the quarter was an outflow of $542 million. The company still expects to generate between $2 billion and $2.3 billion of free cash this year.