CNES Commits Satellites to Cut Back on Climate Change 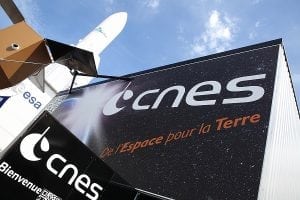 [Via Satellite 01-12-2016] France’s government space agency, the Centre National d’Etudes Spatiales (CNES) has signed a framework agreement with the French Ministry of the Environment, Energy and Maritime Affairs (MEEM) with the aim to develop new space systems and applications, notably in the fields of climate monitoring and mobility. Announced on Jan. 11, the agreement will strengthen and extend the scope of the previous agreement signed in 2011.

This new agreement reflects recent space efforts engaged to curb climate change, with the go-ahead for the MicroCarb and MERLIN satellites that will monitor emissions of carbon gases and methane. It also recognizes the creation of CNES’s new Directorate of Innovation, Applications and Science (DIA). Climate and innovation are two key thrusts of the agency’s strategy that mesh closely with the ministry’s goal of boosting ecological competitiveness, environmental protection and mechanisms for coping with climate change.

To this end, the framework agreement signed today by MEEM and CNES President Jean-Yves Le Gall ties in with the National Strategy for the Ecological Transition to Sustainable Development. In particular, it is intended to help reach the goals set at the 21st Conference of Parties (COP21) in Paris 2015, which came with the adoption by almost all of the world’s space agencies of the New Delhi Declaration, giving satellites a greater role in efforts to curb climate change.

“The contribution that space assets are making to efforts to curb climate change, reaffirmed at the COP21 and confirmed by the adoption of the New Delhi Declaration, is clear for all to see,” Gall said after signing the agreement.